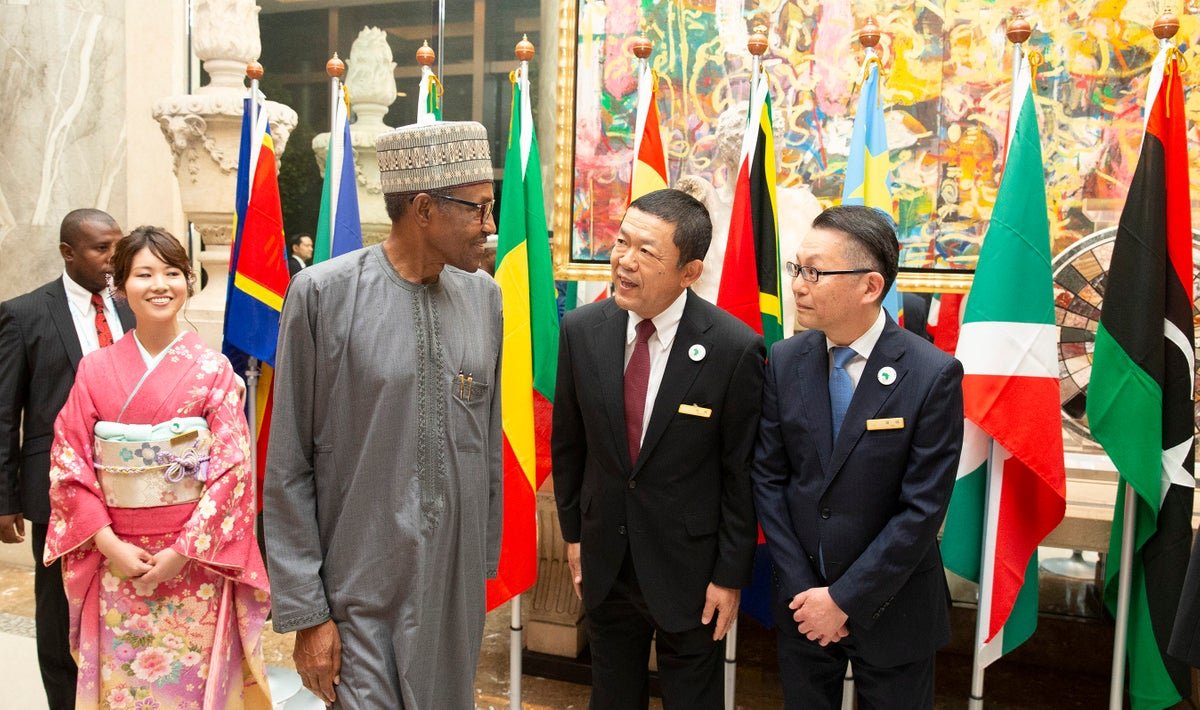 The Indigenous People of Biafra (IPOB) has challenged the presidency to reveal the whereabouts of President Muhammadu Buhari in Japan.

Naija News reports that the Presidency, in a statement my Buhari’s Media Advoser, Femi Adesina, noted that IPOB had “nothing to do with President Buhari since he arrived Yokohama, Japan on Monday.”

He was reacting to reports by IPOB that the President was not in Japan.

The pro-Biafra group had claimed that the photographs of Buhari in the Asian country were photoshopped.

However, IPOB in a fresh statement by its spokesperson, Emma Power, insisted that Femi Adesina was dishing out lies to Nigerians over the whereabouts of Buhari.

The statement reads in part: “The well prepared diet of lies from the stables of this presidency and especially Femi Adesina has run its course.

“No group, no matter how vicious and cunning can run a government based on blatant falsehood.

“Facts on the ground speak for itself because a government that lives by photoshop will die by photoshop. There has been no public sighting of Jubril-Buhari anywhere in Yokohama or Tokyo. He is not at the residence of the Nigerian Ambassador to Japan, he is not in the Nigerian embassy either.

“IPOB Intelligence Unit (M-Branch) have men stationed at every luxury hotel in Yokohama and Tokyo yet no sign of Jubril-Buhari or any member if his entourage.

“We have directly contacted everything’s top hotel in both cities with no report of any Nigerian mission checking in. Nigerians can be fooled but not we Biafrans.

“If Femi Adesina and the rest of Aso Rock is confident that Jubril-Buhari is in Japan, they should kindly tell us where he is residing and we assure them that within the next hour there will be seismic shock across the political world.

“Nigeria should dare IPOB by telling us where they hid Jubril-Buhari and only then will they know if we flooded into Japan prepared or not. Digitally tampering with pictures will not save the doomed Jubril Al-Sudani. He must be unmasked in Japan.

“Where have you heard that a youth group from South Korea welcomed a foreign president in Japan? What happened to Japanese youths? The pictures are shameful. Any sensible person looking at those photos being dished out by Femi Adesina will know there is something sickening and sad about Nigeria.

“Our aim is to create an international scene that will compel the Japanese authorities to refer the matter to court either through our arrest at the protest scene or some other form of legal summon. This is a golden opportunity for IPOB to change the course of history by exposing a historic fraud and we won’t let it pass us by.

“We are waiting for Jubril and as soon he is sighted, headlines around the world will read something different tomorrow morning.

“For long we have been waiting for an opportunity to trap the fraud Jubril-Buhari in a civilised country and now we think we finally have him, we intend to make the most of it.”