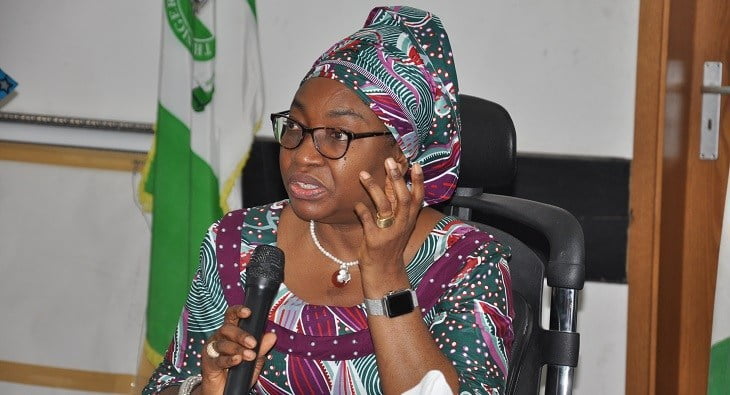 The embattled Head of Civil Service of the Federation, Mrs. Winifred Oyo-Ita, was on Wednesday, seen at the Presidential Villa, Abuja.

Her surprise appearance caught particular attention after she missed the two-day Presidential Retreat for ministers designate, federal permanent secretaries and top government officials which held on Monday and Tuesday.

She was absent on both days and her absence was more noticeable on Tuesday as she didn’t show up when she was scheduled to speak on ‘Consolidating Ongoing Reforms in the Public Service’.

Naija News gathered Oyo-Ita arrived the forecourt of the State House in her official SUV around 9.45am and headed straight to the office of Abba Kyari, the Chief of Staff to the president.

As at the time of filing this report, her specific mission to the presidential villa could not be ascertained.

Recall the Economic and Financial Crimes Commission (EFCC) is investigating Oyo-Ita over an alleged N3b contract scam and was grilled last week over the allegation last week.

Reports emerged on Monday that she had submitted her letter of retirement from the service but the Presidency replied that it was yet to receive the resignation letter.