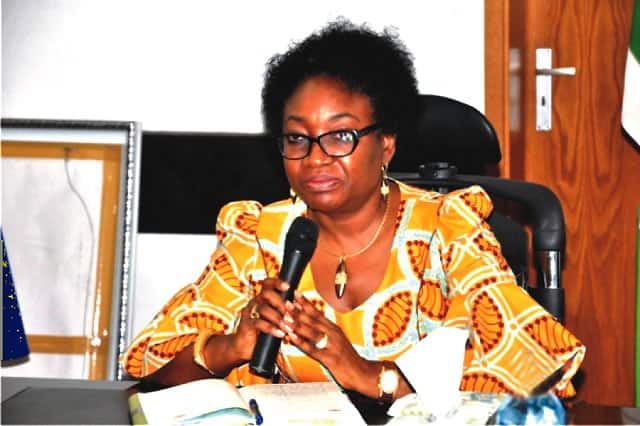 The Presidency has denied reports that the Head of Service of the federation, Winifred Oyo-Ita, has forwarded her letter of retirement to President Muhammadu Buhari.

Naija News understands that reports had emerged that Oyo-Ita sent in her retirement letter following pressure from her immediate family to retire over alleged contract scam despite consistently denying her involvement in any scam.

Recall that Oyo-Ita had landed in the hospital after days of grilling by the Economic and Financial Crimes Commission (EFCC).

Naija News understands that Oyo-Ita is being questioned over the alleged N3billion contract scam and alleged abuse of duty tour allowance, money laundering and stealing of government funds, but was however granted an administrative bail after four days.

She has been given restricted access to visitors at the private hospital in the Jabi area of Abuja where she is currently receiving treatment.

However, reacting, the Senior Special Assistant on Media and Publicity, Garba Shehu, said that the presidency has not received any letter of intent from Oyo-Ita to retire from service.

“Thanks. We have no such letter here, in the event that such a letter exists. This is our position,” he told the Nation.