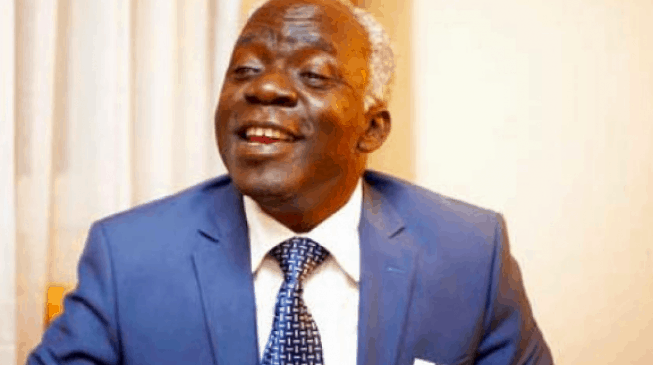 Human rights activist and legal luminary, Femi Falana (SAN) has reiterated that the right to peaceful gathering is a fundamental human right guaranteed by Nigeria’s constitution.

He made his position known on Wednesday when he addressed police operatives who had stormed the Lagos venue of a programme organized by the Coalition for Revolution (CORE).

The Police had barricaded the venue, claiming they had instructions from the state commissioner of police to prevent a break down of law and order.

However, addressing the police team, constitutional lawyer, Falana told them their rights to peaceful gathering to discuss the country’s situation was guaranteed under the constitution of the country. He added that what the security operatives were attempting to do, amounted to an infringement of their fundamental human right. 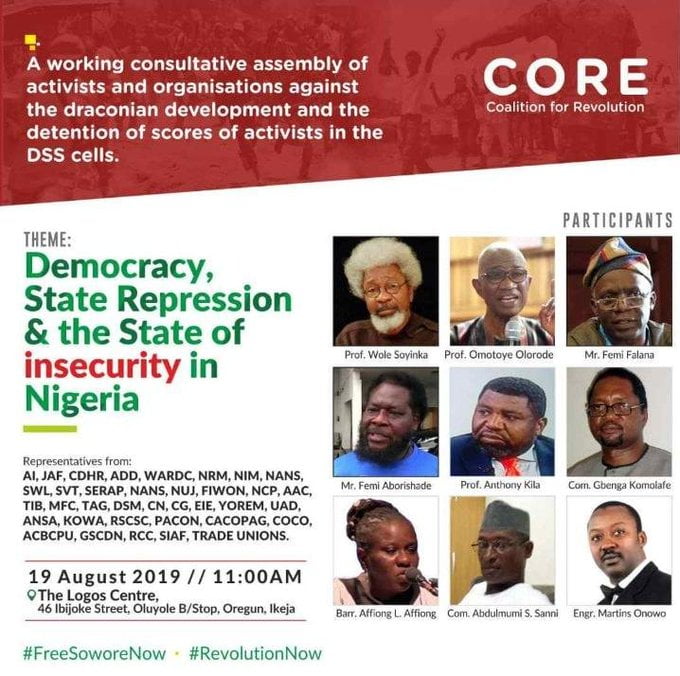 He added that the symposium is not a violent gathering.

At 9am today, we arrived ibikunle street to cover the #RevolutionNow lecture series organized by CORE and met policemen who restricted access to the venue.

It took the arrival of femi falana at 12:30pm who challenged the police before participants were allowed in. pic.twitter.com/pG8LV5c0S1

“The commissioner of police, with profound respect, cannot ask us not to gather to discuss the affairs of our nation” – Femi Falana at the #RevolutionNow lecture. pic.twitter.com/D3Q7uAa9us