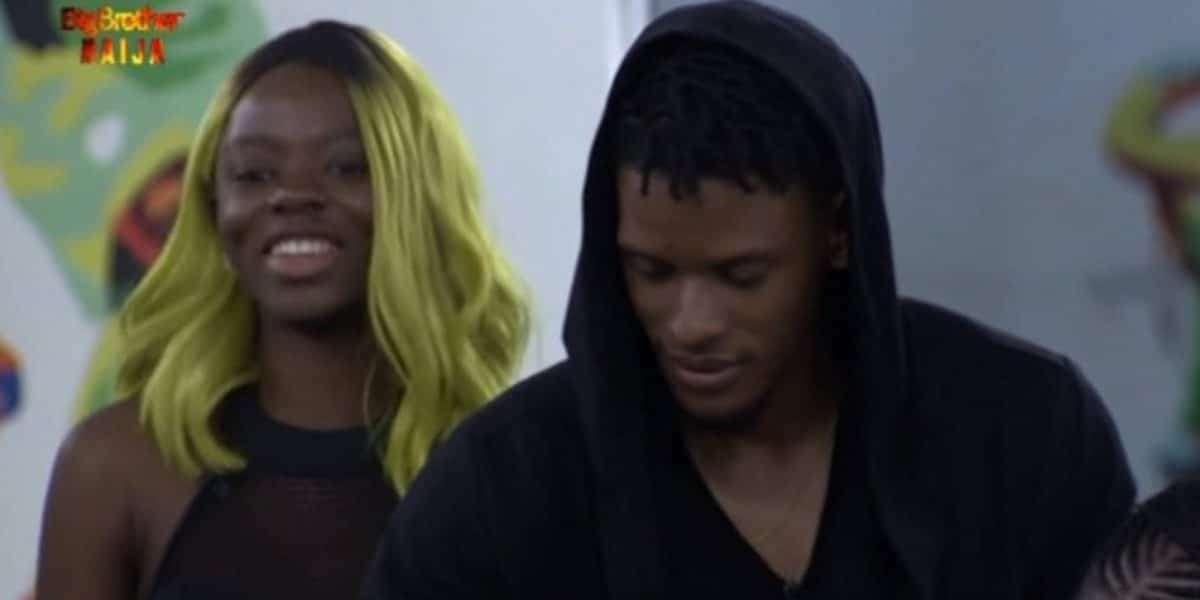 The duo have been spotted on different occasions sharing personal information with each other in recent times.

Elozonam and Daine were sighted lying on the same bed whispering to each other following their conflict on Monday.

Meanwhile, the love intention has not been made formal despite the visible signs unlike the other lovers in the house.

This new development has arisen several comments and reactions from fans and viewers and fans are looking forward to making formal the love relationship between this duo.

Naija News recalls that Daine and six other housemates Seyi, Mike, Jackie, Frodd, Gedoni and Mercy were nominated for eviction earlier this week meanwhile these housemates were selected following the defeat of the Cruistopia Team during the wager task challenge.

Naija News also recalls that Elozonam emerged as the winner for the veto power game on Sunday had rescued Venita instead of Daine and also substituted for Frodd from the Cruistopia.

The report states that Daine had recently become Elozonam’s closest friend in the house.

Am I the only one waiting for daine and elozonam’s ship to sail?#TeamMike