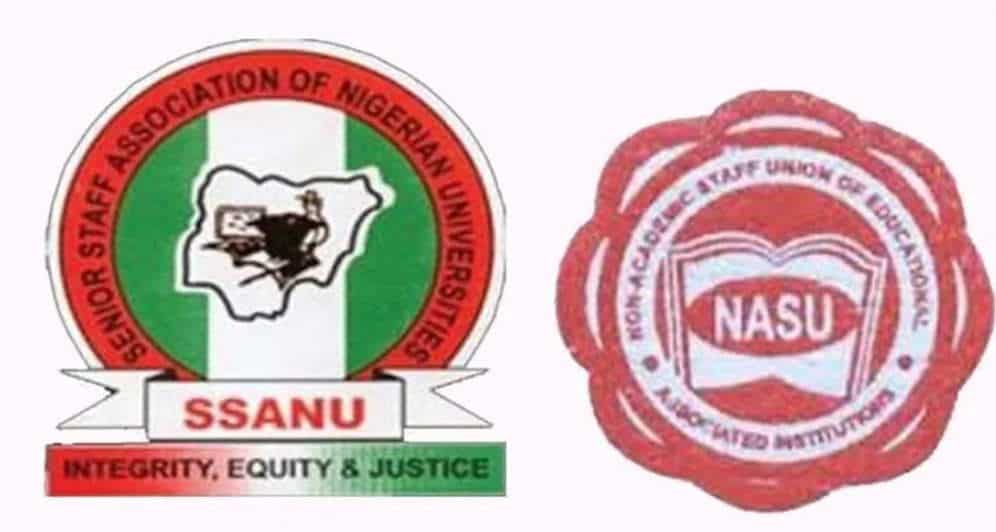 Members of the Non-Academic Staff Union of Universities and the Senior Staff Association of Nigerian Universities have started a five-day warning strike.

The Joint Action Committee of NASU and SSANU who gave the directive explained that the industrial action was as a result of the expiration of the 14-day ultimatum given to the Federal Government.

They also accused the government of failing to show firm commitment towards resolving the issues raised by the unions, including the payment of earned allowances to members. Others are university staff schools matter and the renegotiation of 2009 Agreements.

“Be informed that the strike is total and comprehensive for the five days. No form of concession or internal arrangement should be made with management while all members must be directed to stay away from their duty posts,” the committee directed members.

It, however, warned that the National Executive Councils of the two unions would not hesitate to sanction those who fail to comply with the directive.