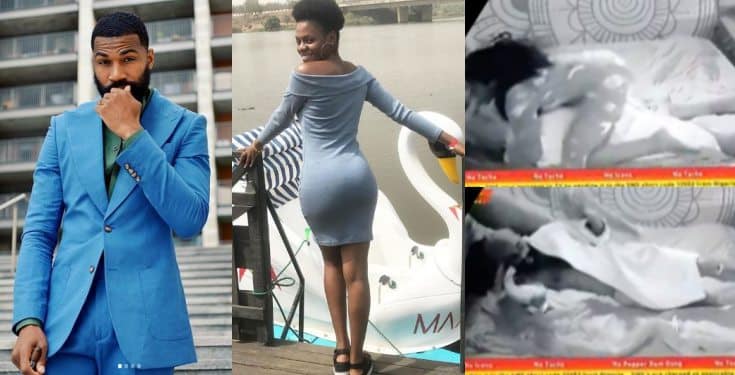 The ongoing Big Brother Naija (BBNaija) reality show took a fresh turn when the house witnessed yet another romantic moment on Thursday night.

Naija News understands that the ‘pepper dem’ edition of the BBNaija reality show witnessed two housemates, Jackye and Mike in a mood of romance.

It was reported that the intimacy between the duo started when the Cruisetopia team lost their Thursday night challenge to the Icons; a development that made Mike in a really sad mood.

Mike who seems not to be happy after his team lost the challenged, excluded himself from a Ludo game in the house and decided to retire to bed.

Jackye having noticed Mike’s mood then hurried to Mike’s bed where she lay on him, convincing him on why he should be sad over the loss of their team.

Recall that Mike has since inception, made it clear to the housemates and viewers that he is married. A fellow housemate who saw the duo in bed, however, warned Jackye to remember Mike to be a married man.

Jackye Jackye i see you,so you can hold on and play with a man that is not "my man " like this ?your not talking this opportunity to caress Mike lightly arrralll, ?? #BBNaijia pic.twitter.com/tcD3IdXTGQ