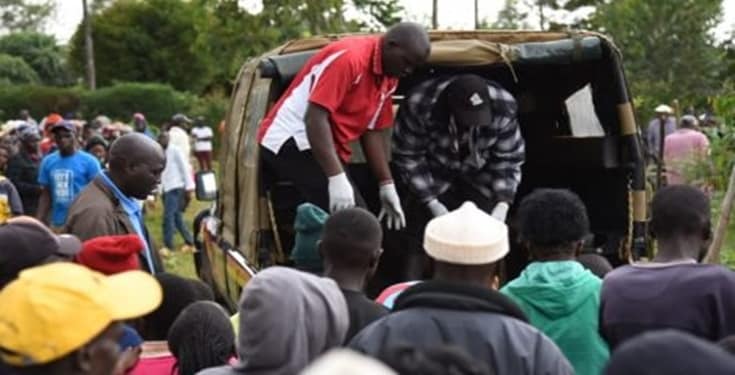 A 35-year-old man identified as Julius Kiptoo on Sunday died after an ‘intimate romp’ with a fifty-year-old widow.

Naija News understands that Kiptoo had followed the widow home with the aim of having pleasure but eventually ended up in the intimate affair in a maize plantation, miles away from their house.

Villagers in the area witnessed the death of Kiptoo while the 50-years old widow confessed that she had a romp with the 35-years old Kiptoo.

The widow revealed that Kiptoo had approached her after he was drunk and had fed himself with drugs aimed at enhancing sexual performance.

The widow in her confession told Police detectives who had arrived the Maize plantation but found Kiptoo lifeless, that she and Kiptoo were heading home when he insisted they had S*x in the maize plantation as he could no longer control himself after taking pills, a request the widow confirmed to have obliged.

The widow then furthered that Kiptoo then took it on with her and continued severally while he lost strength, collapsed along the line and went ahead to give up the ghost.

“We were headed to the house but he became impatient and demanded that we do it at the maize plantation. However, he started becoming sick in the process before dying instantly,” said the woman.

She said that she later called neighbours who confirmed that the young man was dead.

“This is very embarrassing. We look up to such women for guidance but they are the ones spoiling young people,” said Susan Jerotich, a resident told Nairobi news.

The incident was said to have occurred in a village in Nairobi, a capital in Kenya.