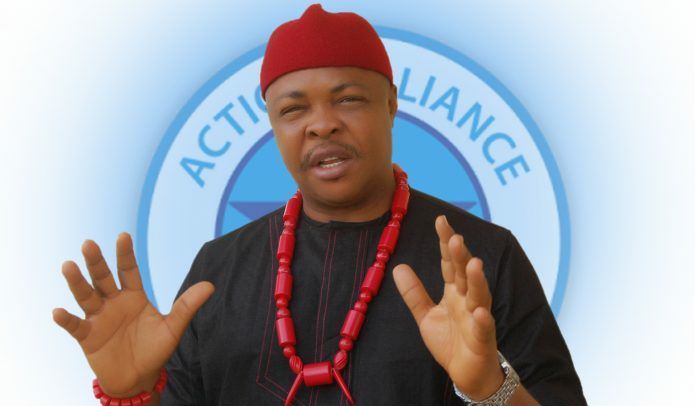 Udeze in his statement claimed that his suspension from the party was incorrect, false, misleading and should be disregarded by Nigerians and members of the party in Nigeria.

He stated that some officials of the Independent National Electoral Commission and some alleged suspended AA national officers made a false pronouncement that he was suspended from the party.

He stated that in the latter case, INEC is the third defendant while he is the first defendant.

Udeze said, “The matters are sub-judice and that being the case, it amounted to affront in the face of the judiciary and executive rascality for someone from INEC informing us that we are on suspension which tends to pre-empt the court, the commission passing its judgement before the court delivers its own; and that could be traced as contempt of court.”

“It is not for the commission to play the roles of the party and the judge by unilaterally informing us of the suspension and passing its judgement without waiting for the outcome of the cases pending in courts of law.”

“Those claiming to have suspended us on June 14 never complied with the party’s Constitution Article 14(3) and Sections 31, 32, 33, 34, 35 and 36 of the INEC guidelines and regulations of political parties 2013, hence our purported suspension was a mere empty threat, hence invalid.”

He urged the electoral body not to follow the pronouncement that he and James had been suspended.