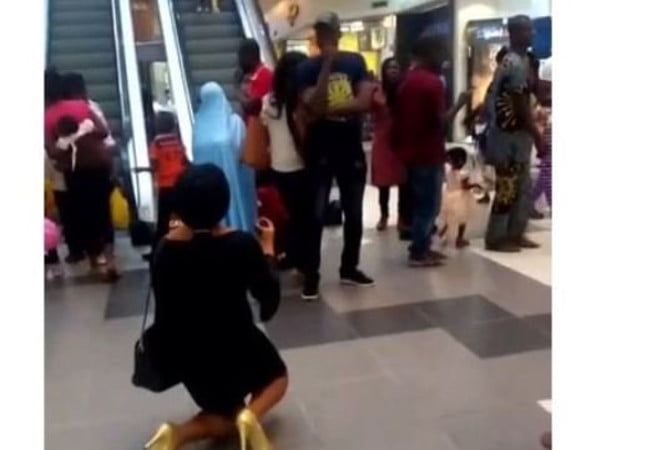 A middle-aged lady was sighted in a viral video where he openly disgraced his 6-years boyfriend for refusing her marriage proposal.

It was gathered that the lady was sighted in the video to have knelt down in a mall, to propose to her hubby but only to be replied with a disappointment as the hobby instead of giving his consent, quietly grabbed her from the ground with her proposal ring.