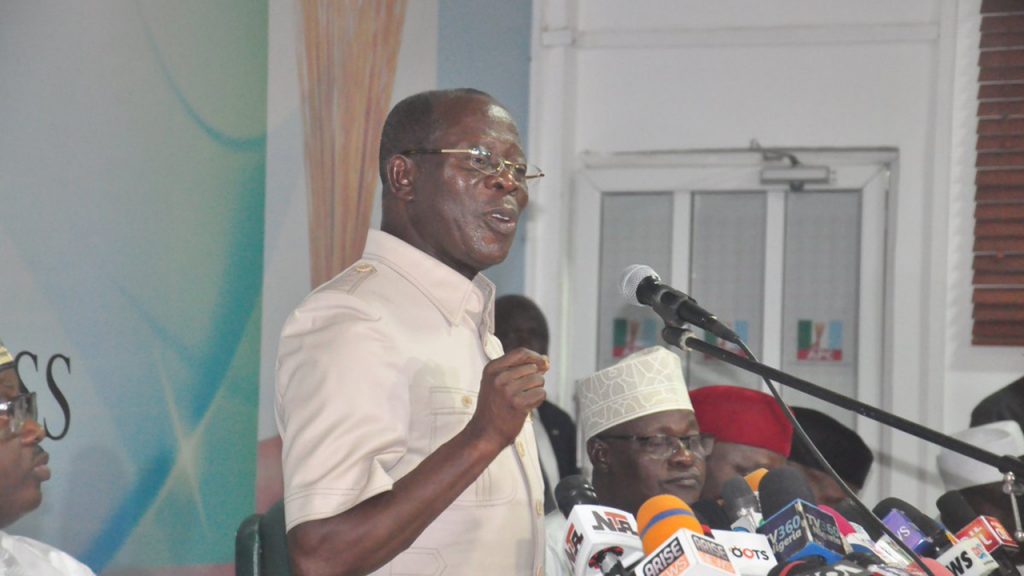 The National Chairman of the All Progressives Congress (APC), Adams Oshiomhole, has dismissed reports of a feud with Governor Godwin Obaseki of Edo State.

Oshiomhole made this known after a meeting with Obaseki at his Iyamoh residence in the Estako West Local Government Area of the state, which lasted late into Monday night.

Speaking to newsmen after the meeting, the APC Chairman blamed the media for creating friction between him and Obaseki.

According to him, the rift between him and the governor was the creation of people with personal interests.

While describing Obaseki as his brother, Oshiomhole said the meeting was not unusual as he was in constant touch with Obaseki.

“It is not an unusual visit; the meeting afforded me the opportunity to meet with my brother and with people I have worked with,” he said.