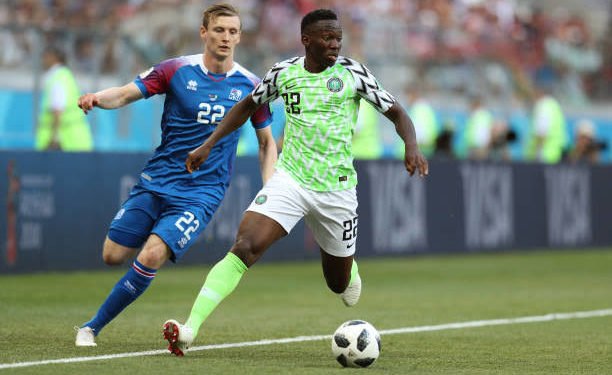 Super Eagles and 2013 Africa Cup of Nations (AFCON) winner, Kenneth Omeruo, has joined La Liga side Leganes from Chelsea on a permanent deal.

According to a statement on Chelsea’s website, Omeruo returned to the club where he spent the 2018/19 season on loan, making 31 appearances.

“Omeruo signed for Chelsea in 2012 from Standard Liege, and subsequently spent time on loan in the Netherlands, Turkey, Spain and with Championship side Middlesbrough.

“The Nigerian international has played over 50 times for his country, including at the 2014 and 2018 World Cups. He recently helped the Super Eagles to the semi-finals of the Africa Cup of Nations, a tournament he won alongside John Mikel Obi and Victor Moses in 2013.

“We would like to thank Kenneth for his service and wish him all the best for the future,” the club said in a statement.

Chelsea, however, did not disclose if a fee was paid for the versatile defender.