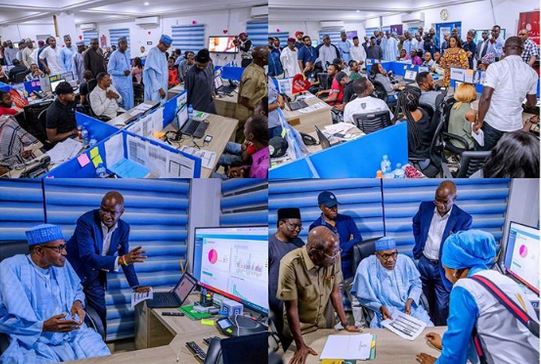 Naija News reports that President Buhari made this comment while addressing leaders of various communities from five Local Government Areas of Daura Emirate, who paid him a visit as part of Eid El-Kabir celebration on Tuesday, August 13.

This online news platform recalls that the Independent National Electoral Commission (INEC) on Wednesday, April 1, 2015, declared General Muhammadu Buhari, the then-candidate of the opposition All Progressive Congress (APC), which is now the ruling party, the winner of the 2015 Nigerian presidential elections.

Naija News recalls that the presidential election was Buhari’s fourth attempt at contesting for the number one position in Nigeria.

Naija News understands that the act also allows INEC to review voters’ register up till 60 days to the election, instead of the old provision of 120 days.

Five years after the signing of the Electoral Act, Jonathan contested the Presidential election against Buhari and was defeated by the APC candidate.

Reacting to his victory in 2015 on Tuesday, President Buhari said: “You know how much I laboured to get here.

“I ran three times in the past. The fourth time, God used technology to do it for me.

“The fifth time I ran (February 23, 2019), I went to all the states of the federation. The turnout of crowds was overwhelming,” President Buhari added.