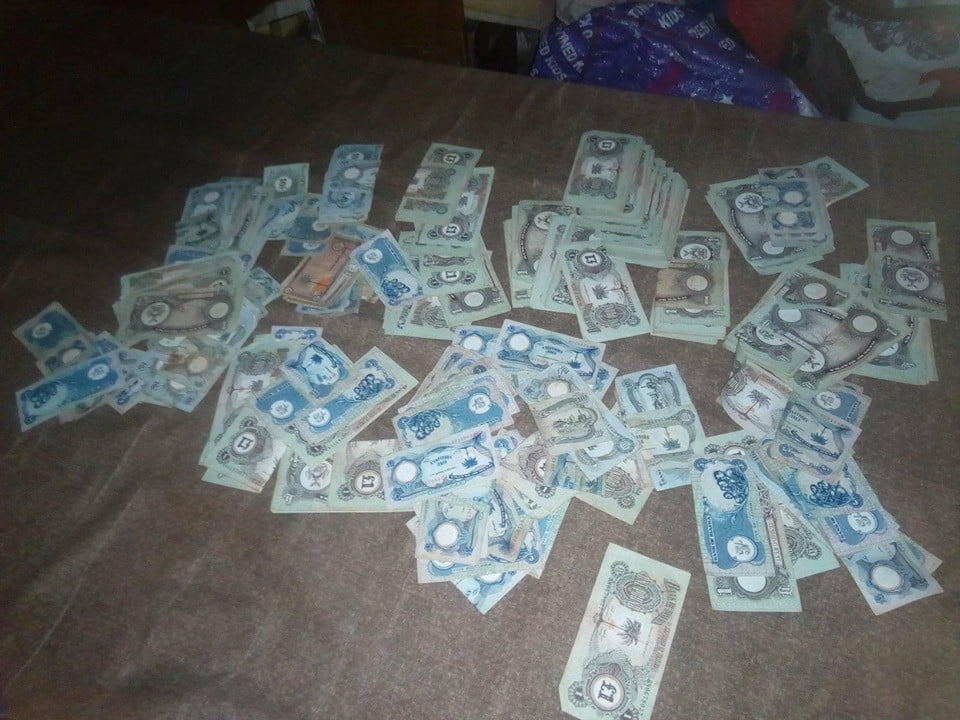 A Nigerian lady identified as Sophia Francesca, says she has found Biafra currencies in her dad’s cupboard.

Naija News reports that the lady made this known in a post on social media network, Facebook on Tuesday, August 13. 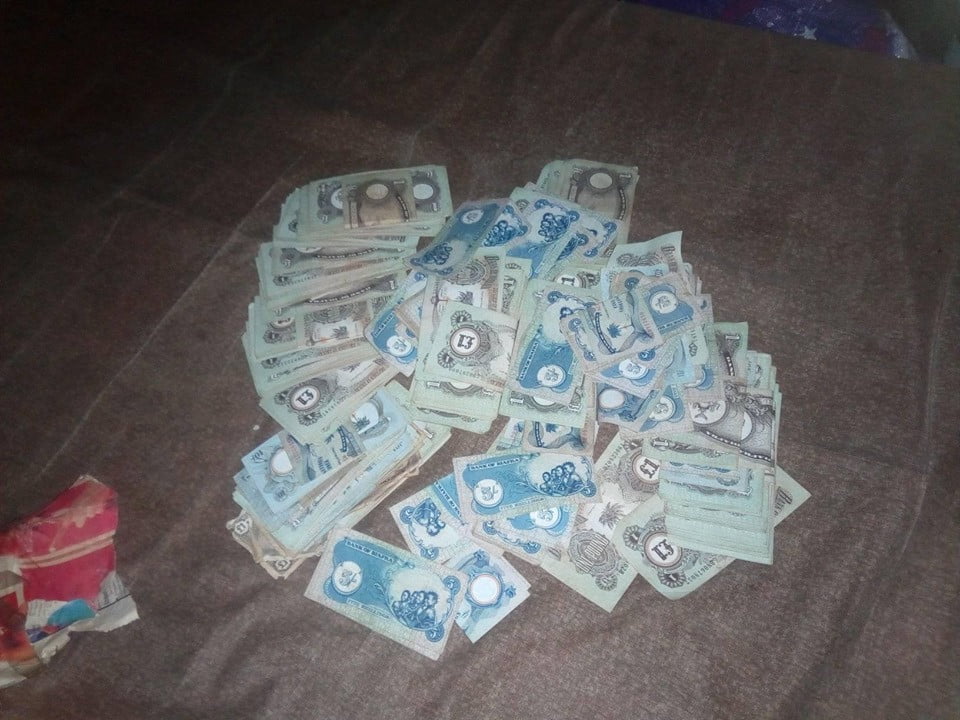 According to Francesca, she would have been a millionaire by now if the Biafra currencies were the Nigerian naira which is currently accepted as a legal tender in Nigeria. 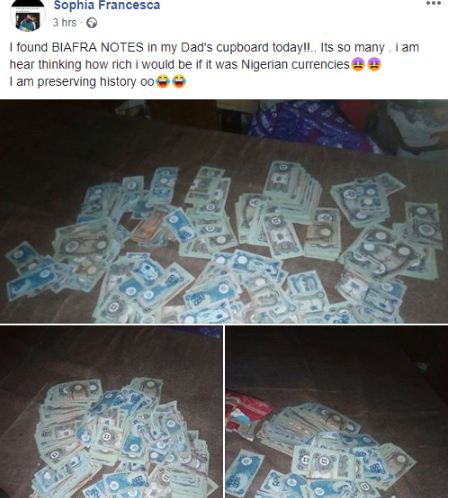 Francesca, who shared the photos on Facebook, captioned it: “I found BIAFRA NOTES in my Dad’s cupboard today!!.. It’s so many. I’m here thinking, how rich I would be if it was Nigerian currencies. I am preserving history oo,” the Facebook post read.

Meanwhile, Naija News reports that the leader of the Indigenous People of Biafra (IPOB), Nnamdi Kanu is seeking a referendum for the Republic of Biafra, a fight which has seen him detained by the Nigerian court and also granted bail on health issues.

Since Kanu was granted bail, he has continued to push for a Biafran referendum, a push, which has seen his group, IPOB proscribed by the President Muhammadu Buhari administration.