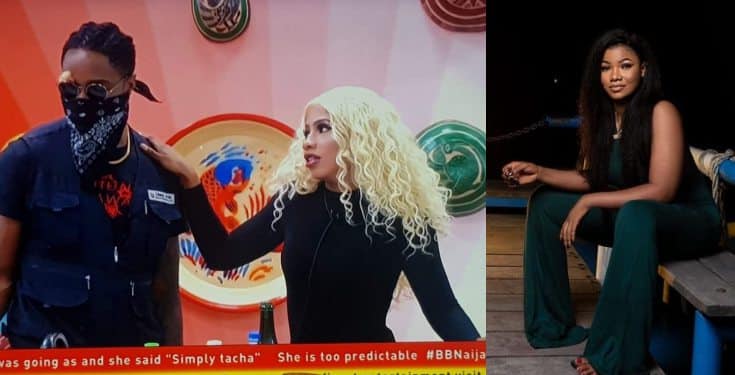 Big Brother Naija (BBNaija) housemate, Tacha has shown her concern to Ike when she told Mercy to guide her lover from receiving another strike from Biggie.

Naija News understands that Tacha urged Mercy to be mindful and make sure Ike does not receive another strike in the BBNaija reality show.

She urged Mercy while reacting to Ike’s strike on Monday.

The strike Ike received in the BBNaija house on Monday makes it the second he would be receiving since the reality show started, while he has one more lifeline to determine his stay in the house as he would be disqualified if he receives yet another strike for the third time in the house.

Tacha while reacting to Ike’s strikes, urged Mercy to guide her man and make sure he is not violent in the remaining days in the BBNaija house.

In her words, Tacha said to Mercy; “Mercy, it is your job now, calm him down and hold him physically away from any fight or violence.

“That’s why you’re here, you are his woman, be in control and hold Ike.”