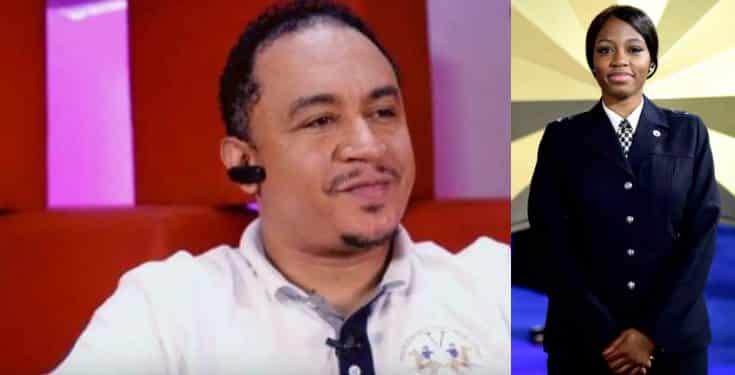 Social media critic and founder of Free Nation, Daddy Freeze has reacted to the alleged plans by the Metropolitan Police in the UK to sanction one of its staff and current housemate in the ongoing BBNaija 2019 reality show, Khafi.

Naija News understands that the authorities of the MET Police might subject Khafi to sanction for getting intimate with her fellow housemate, Gedoni in the BBNaija house.

In his post, Daddy Freeze wondered why she would abandon her job to contest in #BBNaija just to gather ”few followers and likes on Instagram.”

According to the social media critic, she can make the prize money of N60 million if she stayed productive on her job as a Police officer.

On the issue of Khafi getting intimate with Gedoni, the MET officer wondered why she couldn’t have restrained herself.

“While some will say it’s her life, I wonder why she would do something I personally consider quite reckless?” he asked.

“Like putting a good paying job with benefits and a future on the line for a few followers and likes on Instagram? How much is N60m that she can not earn from her job in 2 or 3 years?

The s*x part also got me piqued, is she the only one with a vagina? Why she no fit hold body small? But like you guys will say, it’s her life…. So I have no choice but to wish her well.”~FRZ