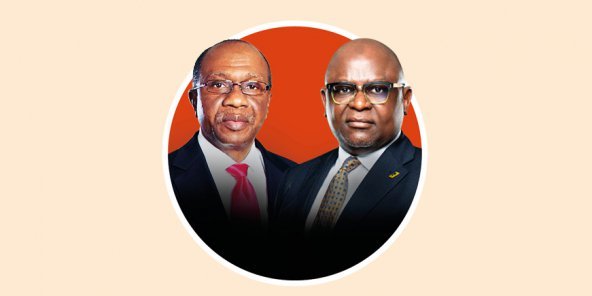 By raising the ratio loans/deposits to 60%, Godwin Emefiele, the governor of the Nigerian Central Bank, is in trouble the number two sector, First Bank of Nigeria Adesola Kazeem Adeduntan. The measure could create new credit risks.

For Nigerian banks, the next few weeks will be tense. In early July, the Central Bank of Nigeria (CBN ) forced credit institutions in the country to reach a loan-to-deposit ratio of 60 percent by September 30.

For the regulator, led by Governor Godwin Emefiele, renewed for a second term in May, the goal is twofold: to reduce the excessive attractiveness of local banks for Treasury bonds and securities, which account for a disproportionate share of outstanding loans from the local financial sector, and encourage financing of the “real economy”, with a particular focus on “loans to SMEs, retail trade, real estate and consumer loans”. These credits will have a weighting of 150% in the calculation of the loan-to-deposit ratio, the CBN said. Sanctions are provided in case of non-compliance with the new threshold.

According to analysts in Lagos Square, Nigerian banks will have to allocate between N1 and 1.7 trillion naira (between € 2.4 billion and € 4.2 billion) new loans to reach the CBN target. that “the volume of bank loans contracted from 6.7% in 2018 to 12 800 billion nairas, before rising slightly to 12 900 billion in April 2019,” according to the rating agency Moody’s.

TO READ Nigerian banks: as a scent of crisis
The number two in the local banking sector, First Bank of Nigeria, led by Adesola Kazeem Adeduntan, appears to be one of the most affected by the new directive.

“The loan-to-deposit ratio of First Bank operations in Nigeria declined to 53 percent in June from 62 percent at the end of 2018, which would require the bank to increase its lending by about 13 percent, all things being equal. to meet the 60% regulatory requirement, creating new credit risks in a challenging operating environment, “says Peter Mushangwe.

According to the Moody’s analyst, the increase in loans to SMEs and households “with a weak or limited credit history” will lead to an increase in delinquent loans.