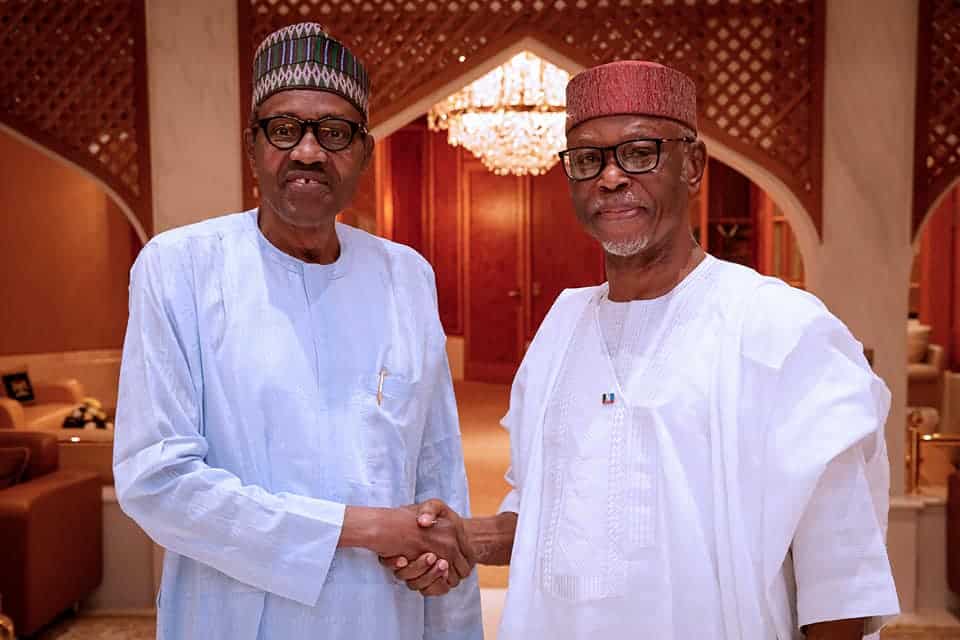 President Muhammadu Buhari has congratulated the former National Chairman of the All Progressives Congress (APC), John Odigie Oyegun on his 80th birthday.

In a statement sent to Naija News on Sunday, the Special Adviser to the President on Media and Publicity, Femi Adesina, noted that Buhari described Oyegun as a true example of a patriot and democrat.

He stated that the president congratulated Oyegun on the milestone, which has been highlighted with memories of great achievements like turning a Permanent Secretary at the age of 30, winning a gubernatorial election in the early 50s, and providing visionary leadership to unseat an incumbent government for the first time in Nigeria’s history.

According to Buhari, the former chairman of All Nigeria’s Peoples Party (ANPP) and APC set a standard for consistency, honesty and integrity in Nigeria’s politics as he championed the building of strong democratic institutions, and promoted the virtue of looking beyond elections and positions to growing and unifying the nation for posterity.

Femi Adesina stated that Buhari believes Oyegun’s depth of wisdom, maturity, tolerance and penchant for always putting the interest of the nation above self should serve as a lesson to both old and younger political actors.

Buhari prayed that God will give him good health and strength to keep serving the nation and humanity.