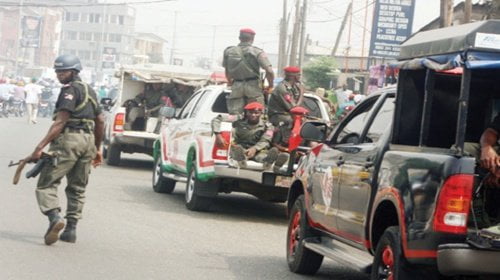 Five children have been killed in an inferno that attacked their home in Abagbo Village, Takwa Bay Island, Lagos.

Naija News understands that the Lagos State Police made the revelation on Sunday, in a statement that identified Folake Ogundiya, 13, and her eight-year-old sibling, Abigail; six-year-old Daniel Bakare; Chidima Achomye, two-year-old Nnamdi Achomye and a-year-old Khadijat

The deceased were said to have been burnt beyond recognition in the incident that occurred on Tuesday evening.

The children according to a statement by the Lagos State Police spokesman, Bala Elkana, were locked inside the house by one Suliat in whose care their mother Florence Asoye left them.

“The five children are from the same family. The woman said she left them in the care of the said Suliat around 6:30pm so she could go to Takwa Bay Jetty.

“She said by the time she came back, her home was completely burnt down and the said Suliat locked them in the room and left to unknown destination. The case is under investigation,” he said.