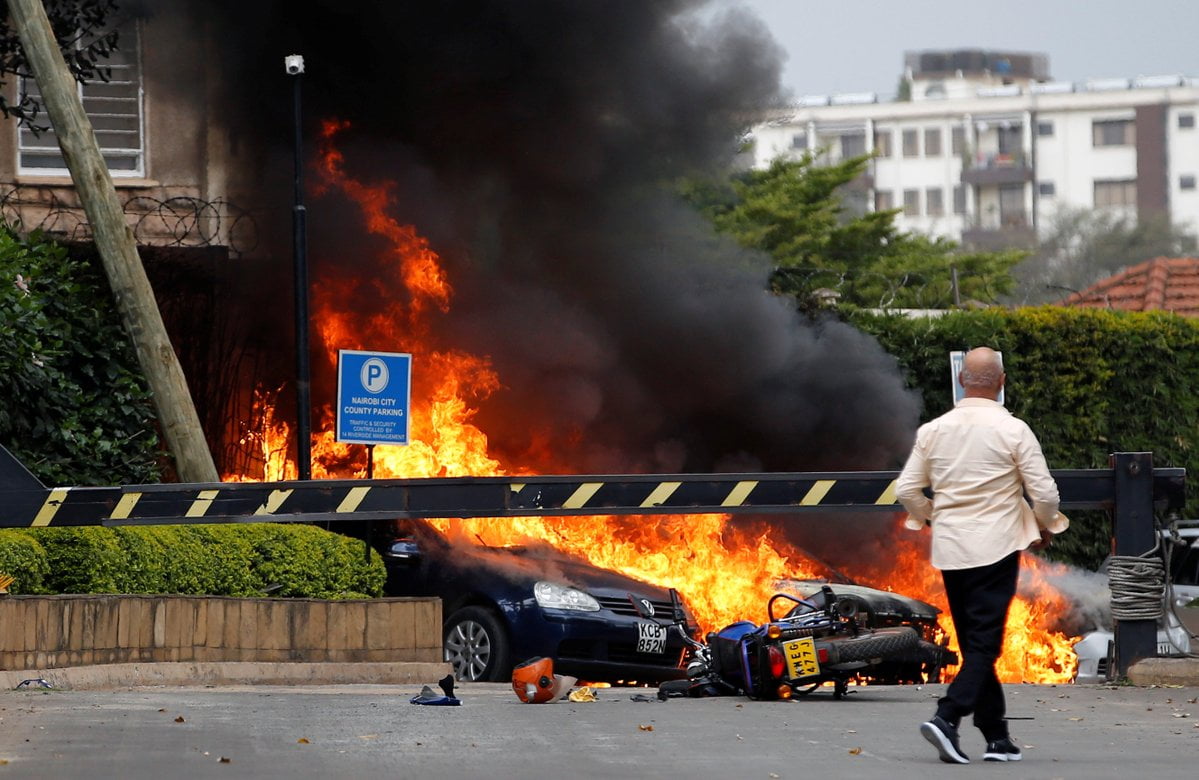 At least fifty (50) persons have been confirmed dead while several others have been left with various degrees of injuries after a tanker exploded during the early morning hours of Saturday.

Naija News understands that the inferno occurred at Msamvu, Morogoro, in Tanzania.

This online news platform gathered that the tragedy occurred when a tanker filled with petroleum products lost baring and landed on the road, splashing it products on the road.

While the tanker suspected not to be less than 11,000 litres in capacity, fell on the ground, residents, as well as road users were sighted attempting to scoop fuel from the scene.

In the process of scooping fuels, a fire was ignited while those who were present at the scene of the attack were recorded as the first victims of the disaster.

Although the object that ignited the fire is still yet-to-be-ascertained as at the time of this report, however, an undisclosed number of persons died on the spot while some died later while struggling for their lives.