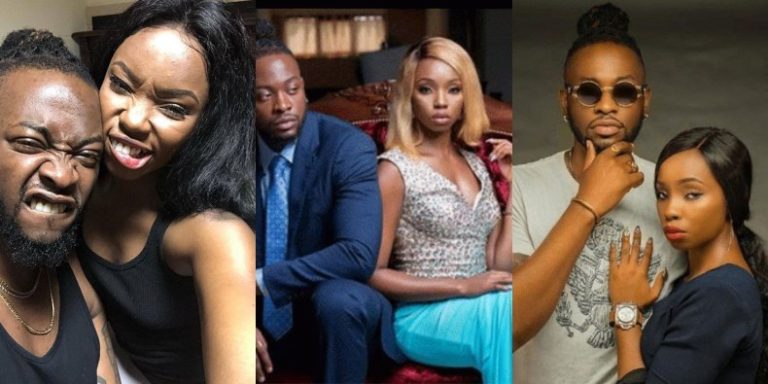 Former Big Brother Naija (BBNaija) housemate, BamBam has finally broken her silence to speak on her engagement with TeddyA.

Naija News recalls that TeddyA has in the cause of the week proposed to BamBam after they found love in the BBNaija house.

BamBam was engaged on Sunday to her fellow reality star Teddy A.

While speaking on her engagement, BamBam says she never knew they will last this long or ever get into the stage they are.

Accoridng to her it was all a game until it became a reality.

BamBam made this known while speaking in an interview on Saturday.

She said; “It (engagement) is real. Just like every other thing, you would see it happen. I can’t start giving (wedding) dates”.

In her interview, the former BBNaija reality star advised intending couples to be best friends with their partners so they can know each other’s limits and boundaries.

In her words, she stated, “If you cannot make a best friend out of your intending partner, where you know their limits and their boundaries, then you are messed up really. I am blessed that Teddy is mature, not careless, and as public figures, we know how to manage situations that seem beyond our control.”

While describing her union with Teddy in the Big Brother house as fate, she said, “Fate happened to us. I can’t say it was pre-planned. He had a serious relationship that was one-year-old before I met him. He had a girlfriend he was serious with, so we did not plan to fall in love with each other. We did not know we would last this long. We had a very rare connection in the house. We both knew it but we kept telling ourselves ‘it’s just for the game’ but it was no game. So, I can’t predict what fate has designed. So, people should not go in there hoping to be a Teddy A and BamBam. I went to the house for a different purpose, but ended up getting Teddy as a bonus.”