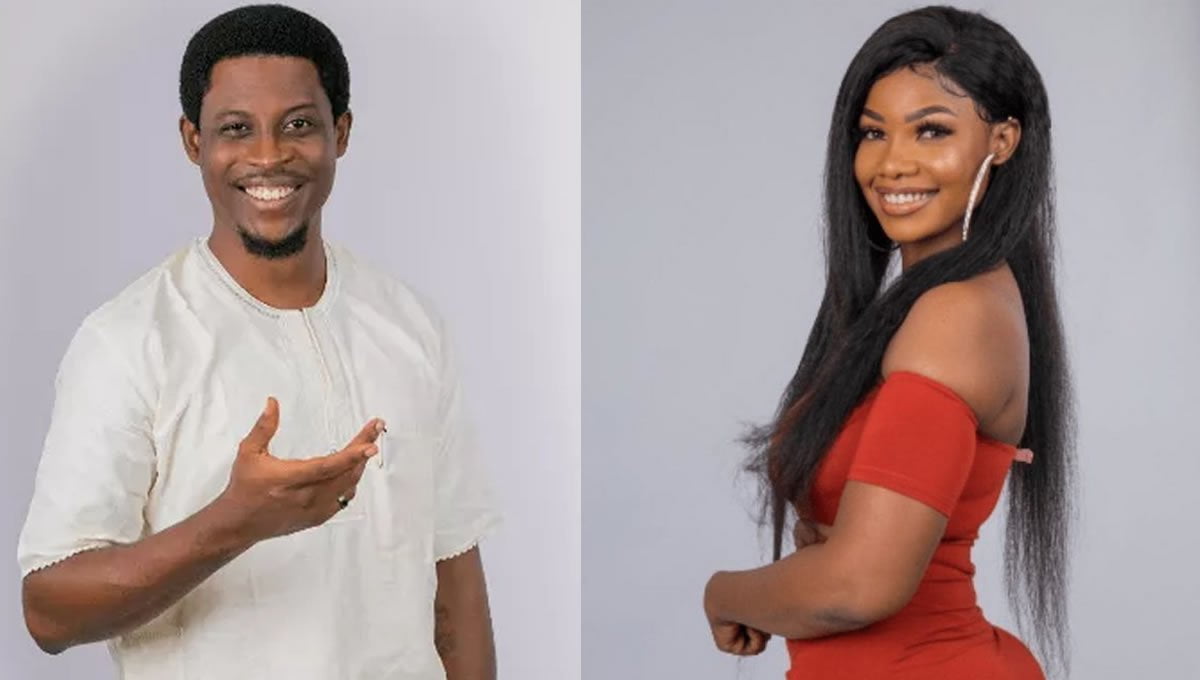 Seyi got a heartbreaking response from Tacha as he asked her to cuddle with him in the head of house room on Thursday night.

Seyi who thought he and Tacha were still on good terms after he had picked Esther over Tacha went ahead to ask Tacha if they could cuddle together but to his surprise, he got a shocking negative response.

The head of the house, while speaking with big brother on Thursday stated that he wanted to take his relationship with Tacha to the next level.

“I want to cuddle. Would it be a bad idea for you to sleep in my bed?” Seyi requested.

Tacha stated that Seyi does not have the guts to ask her out, adding that he picked Esther over her.

“ You can’t even toast me. I’m too much for you. You picked Esther, you knew what you wanted but you went for something else, so deal with it.

The conversation, however, did not end on a good note meanwhile Seyi narrated to Elozam that Tacha came along with a strategy to the big brother house but has failed.

Seyi stated that Tacha had a prepared script before the fake eviction and isolation but unfortunately did not end well with Tacha who picked offence, starting an argument and abandoned Seyi.

Tacha said that she thought Seyi knew her enough well and let him in her personal space and that is why she is offended.