As earlier reported by Naija News, the police operatives were said to be transporting an arrested alleged kidnap kingpin, Alhaji Hamisu to the police headquarters in Jalingo, the Taraba state capital when they were attacked.

A statement made available to our newsroom on Wednesday by the Nigerian Police Public Relations Officer, DCP Frank Mba said the soldiers killed three policemen, who were members of the IG intelligence response team and a civilian. And then the unexpected: they released the kidnapping suspect, Alhaji Hamisu.

However, the Nigerian Army in its reaction to the police statement admitted to the shooting but maintained that the shooting of operatives of the Nigeria Police in Taraba State was done in error.

Army spokesman, Colonel Sagir Musa, said in part in a statement made available to Naija News on the development that: “On August 6, troops of 93 Battalion Nigerian Army Takum pursued and exchanged fire with some suspected kidnappers who indeed turned out to be an Intelligence Response Team from the Police Force Headquarters Abuja on a covert assignment from Abuja resulting in the death and injury of some members of the team.

It is however understood that the Army Headquarters and the Force Headquarters of the Nigerian Police have agreed to constitute a Joint investigation Panel to be headed by the Deputy Inspector General of Police in charge of Criminal Investigation Department, DIG Mike Ogbizi, to jointly investigate and report on the true circumstances surrounding the unfortunate incident.

Our correspondent has obtained some pictures and a video from the scene of the shootout. See the video and the photos below: 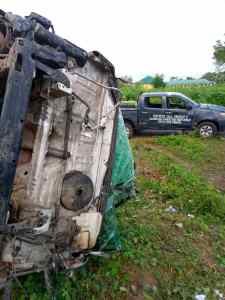 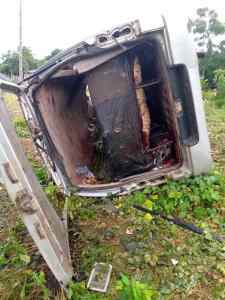 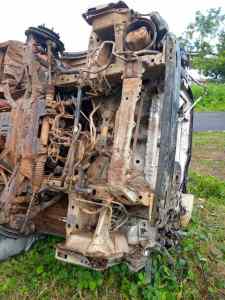 Meanwhile, a manhunt has been launched for the kidnap kingpin, Alhaji Hamisu who was set free on Wednesday following an attack on Police operatives by soldiers in Taraba state.