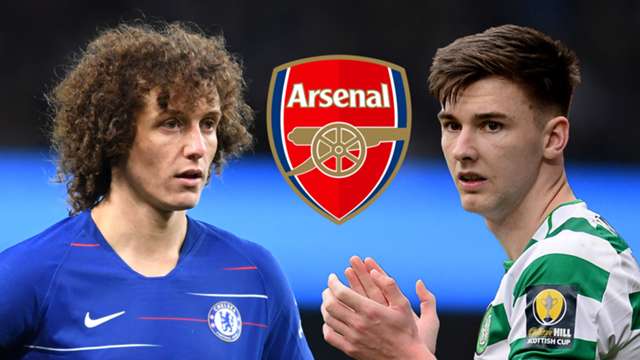 English Premier League side Arsenal is closing in on a deal for Chelsea’s David Luiz and Celtic left-back, Kieran Tierney.

According to Sky Sports transfer expert Dharmesh Sheth, he has been reliably informed that both defenders should complete their moves to Arsenal by Thursday morning.

“I’ve just received a text from a very reliable source of mine. They’ve told me in the past few minutes that they expect Kieran Tierney and David Luiz to be Arsenal players before the deadline tomorrow,” Sheth said.

“I must reiterate this is just one source, a reliable one at that. It’s the same person that told us Aaron Ramsey would not be signing a new contract at Arsenal and that told us Edu would become Arsenal’s new Technical Director.

“Just received another text regarding David Luiz, it says, ‘Not this evening, probably be done in the morning’. This looks like Kieran Tierney and Luiz, all the noises we’re getting, they will be Arsenal players.”

Meanwhile, BBC is reporting that Arsenal have reached an agreement with Chelsea to sign David Luiz for £8m.