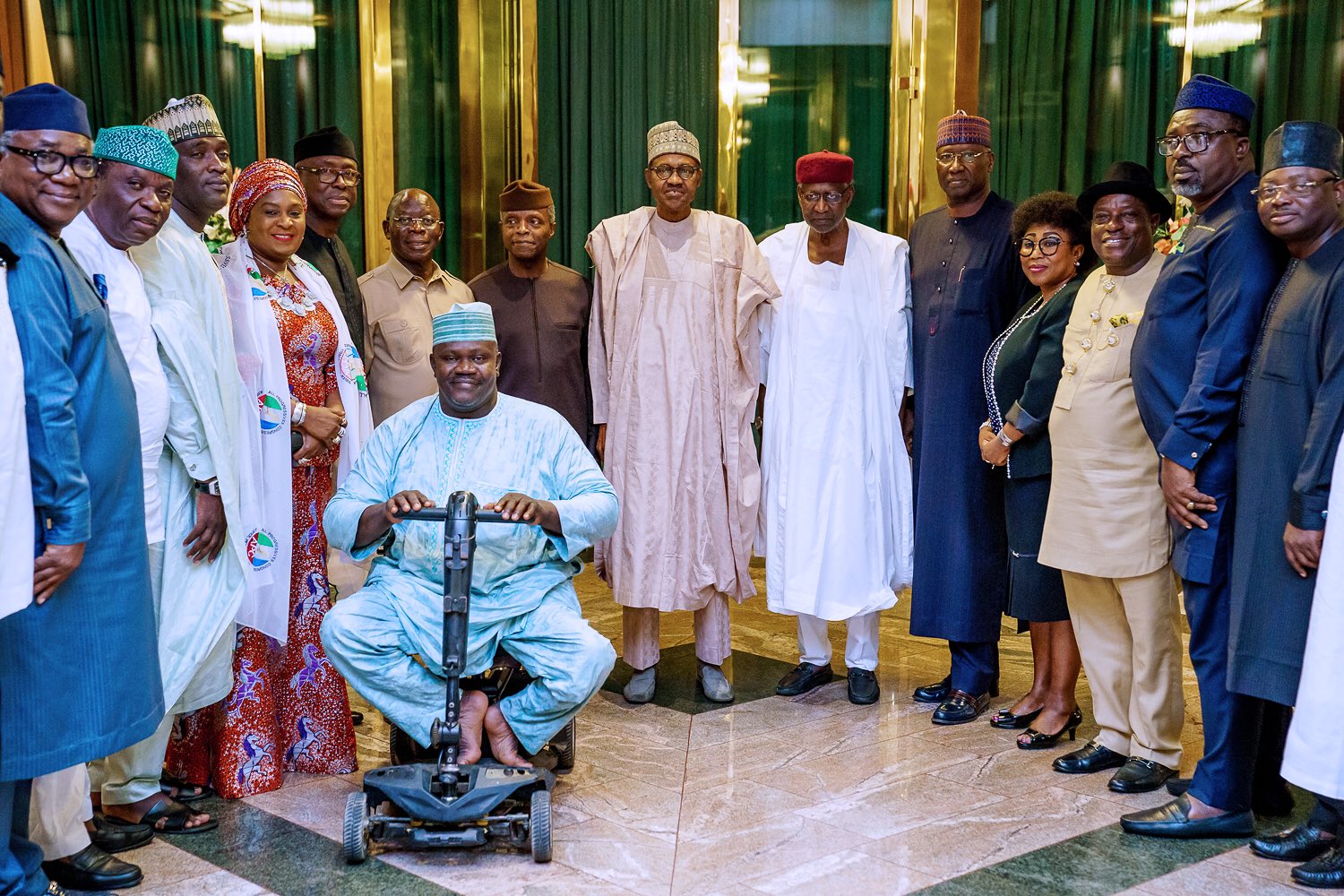 President Muhammadu Buhari has assured members of the National Working Committee (NWC) of the All Progressives Congress (APC), Nigeria’s ruling party, that he would be more conscious of the interests of the party in taking key decisions.

Naija News reports that Femi Adesina, the President’s special adviser, quoted Mr. Buhari to have said this while receiving members of the NWC of the APC at the State House in Abuja, Nigeria’s capital.

At the meeting, the President pledged to uphold party supremacy and commended the National Chairman, Adams Oshiomhole, and other members for their sacrifices and overall success in the last general elections in the country.

His words: “It is obvious that the success of the party was more paramount in your hearts. You could have deployed the times and energy you deployed for the party for your own personal use.

“I respect the sacrifices you are making; you can only derive satisfaction if you are working for your country and all our people because, materially, nobody can pay you for the sacrifices,” the President said.

President Buhari assured the NWC that competent members with the requisite experience will be invited to contribute their quota to nation-building as heads and chairmen of boards of governmental parastatals and agencies.

Earlier, Adams Oshiomhole, the National Chairman of the APC, while congratulating President Buhari on the electoral victory, stressed that the NWC was meeting with him exclusively for the first time after the elections.

Oshiomhole acknowledged that, while it was regrettable that the party lost some states, the greatest victory of the APC was in Kwara and Gombe states.

‘‘In Kwara, we uprooted the ruling dynasty and inaugurated absolutely loyal and totally committed APC men at the helm of affairs,’’ he said.

The APC National Chairman, who commended the unique leadership style of President Buhari, thanked the President for his unflinching support that ensured the success of the party, in holding the principal offices of the 9th National Assembly.