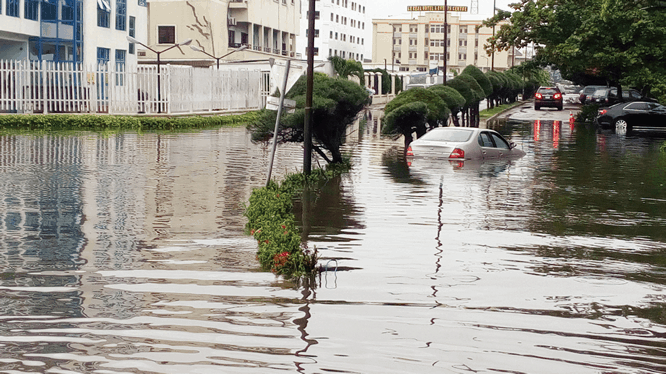 Following the collapse of a bridge due to heavy rainfall along Abubakar Tafawa Balewa University, Bauchi state some students were reported dead.

The number of dead students has not been verified meanwhile some said two students were carried away by the flood while some guessed three alongside several others missing.

According to the report “I learnt that eight students have been killed, many others are missing. One corpse was found around the Nigerian Air force Base (over 5 kilometres away), many are still missing.”

Report from the institution states that “The bridge linking the classes with the hostels collapsed as a result of yesterday’s (Monday) torrential rain while students were returning to the hostels”.

A student of the institute said that the incident happened between 11:30 p.m. and 12:00 a.m.and also pleased anonymity.

Dr Andee Iheme, the institution’s spokesman said that “An emergency Senate Meeting has been called this morning and we will hold a press conference immediately after that.”