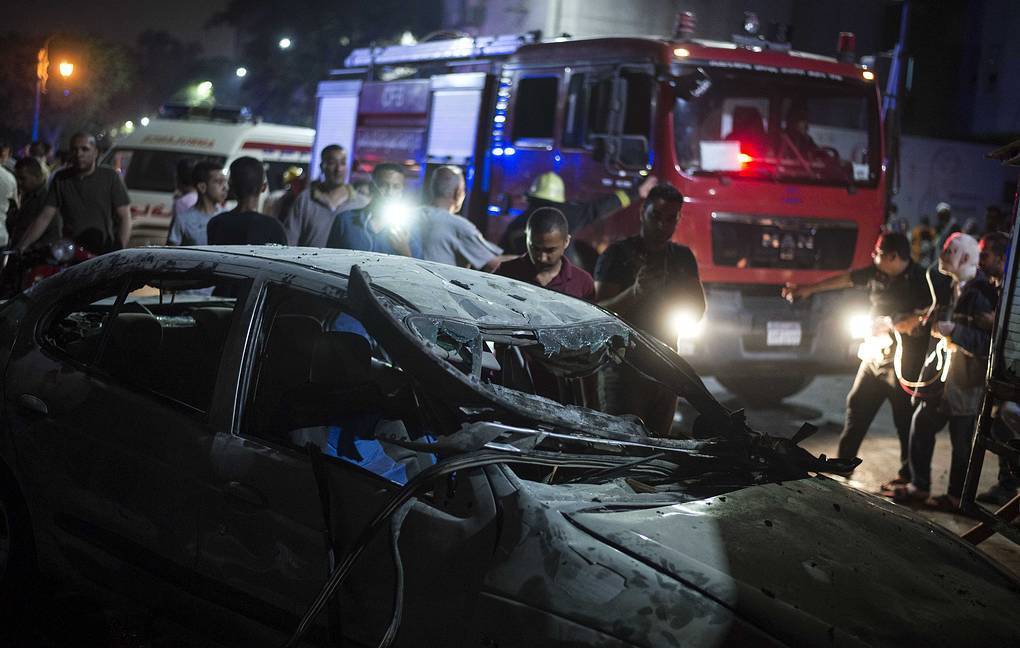 19 people have been confirmed dead while several others have been left with various degrees of injuries after a multiple-car crashed in front of Egypt’s main cancer hospital, in Cairo on Sunday night.

Naija News found out that the crash occurred after a car set off an explosion in front of Egypt’s main cancer hospital.

While confirming the report, the Egyptian health ministry while said a speeding car driving against traffic caused the disaster when it crashed into three others outside the National Cancer Institute in central Cairo.

The ministry confirmed that 30 were injured an added that; “three and four (of the injured) are in critical condition in the intensive care unit,” Khaled Megahed, a spokesman for the health ministry, told an early Monday news conference.

The health ministry added that the injured were taken to different hospitals for treatment.

Similarly, the Health Minister, Hala Zayed has also said that unidentified body parts were being collected in body bags from the site of the explosion.

She said there was no immediate explanation as to why the crash had caused such a large explosion.

Similarly, the county’s top prosecutor has ordered an investigation into the crash, the state-run MENA news agency reports.

“We heard an explosion and … the bank entrance glass was shattered everywhere,” said Abdel-Rahman Mohamed, a security officer at a bank at the opposite side of the hospital.