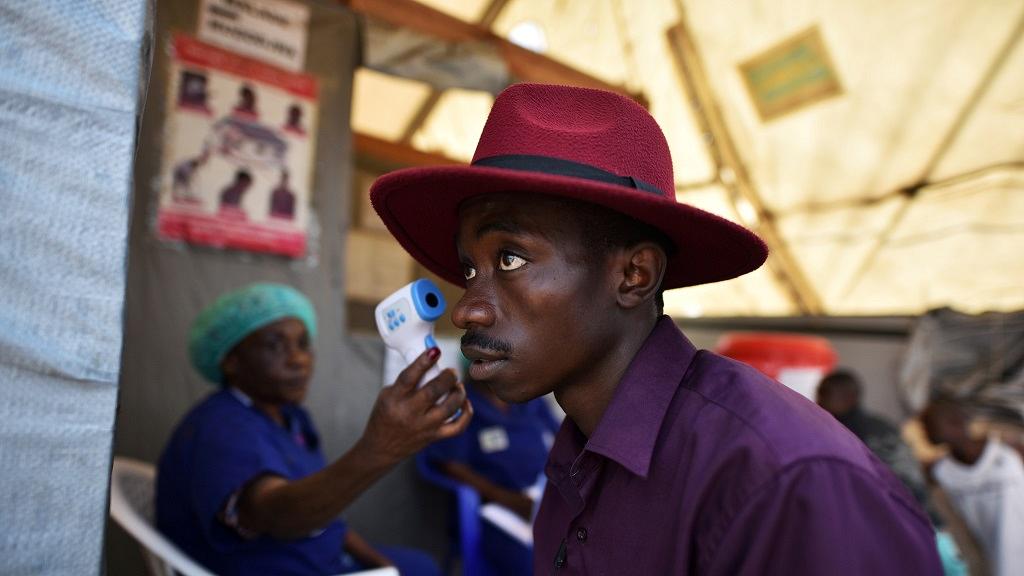 “A total of 12 people from a few peripheral centres (in Goma) following the alert protocol given by the response team are under review,” said a statement from the presidency.

On the other hand, “six other people admitted whose results were tested negative twice, were released Friday,” the statement added. He also said that “the situation of two proven cases, admitted for a few days is stable”.

This is the wife and daughter of a gold digger who died Thursday in Goma tested positive for Ebola the same day.

The gold-digger considered the second case recorded in Goma, came from Mongwalu in the neighbouring province of Ituri to join his wife and their ten children living in a popular area of ​​the city.

The first case discovered in Goma, a commercial hub of about two million people, was detected in mid-July.

It was a man presented as a pastor from Butembo, one of the main foci of the disease, about 250 km further north.

The day after his death on 17 July, the World Health Organization ( WHO ) raised the tenth Ebola haemorrhagic fever outbreak in the DRC to a global health emergency.

Relatively circumscribed in two provinces (North Kivu in the east and Ituri in the north-east), the spread of the epidemic to large urban centres densely populated and beyond the DRC borders, would give it a new dimension.

Thursday, the border of the DRC and Rwanda was closed for nearly eight hours.