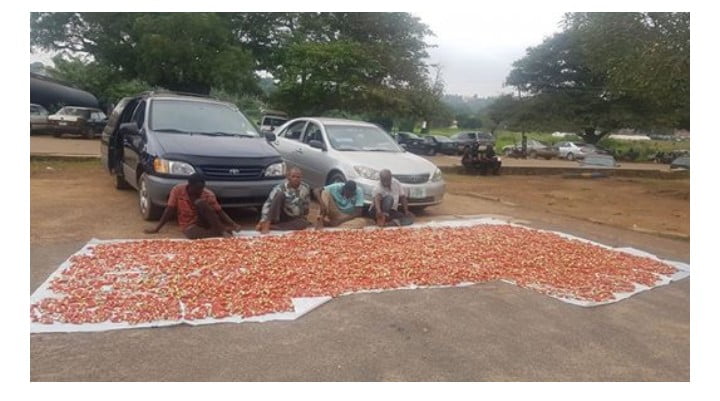 The Oyo State Police Command on Thursday paraded a four-man-gang specialized in arms dealing. They were paraded in Ibadan, the state capital.

Also on display were 10,000 live cartridges which the gang allegedly makes available to criminally-minded elements in the state for their nefarious activities.

The police said the arrest follows a reliable tip-off on the criminal’s hide-out said to be in the Oke-Bola area of Ibadan.

Alongside the gang were 21 other criminal suspects who were apprehended by the officers of the state Police Command at various locations across the state.

Two young ladies were also among the suspects paraded. They had one double barrel pistol in their possession when they were arrested.

The ladies were said to have come from Mushin, Lagos state to Iseyi area of Oyo state allegedly to carry out their operations.

One of the four-man gang arrested with live cartridges, identified as a 54-year-old Abel Ojo told newsmen that his intention was to sell the bullets to hunters, adding that he had no intention to let the bullets get into the wrong hands. 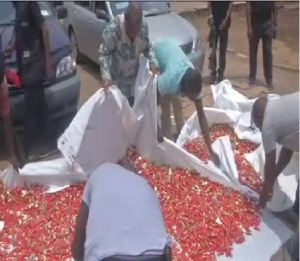 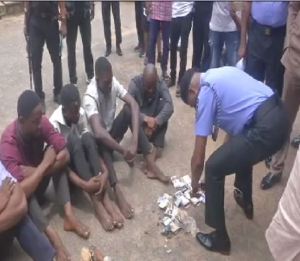 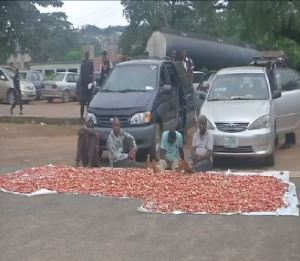 However, when asked how he plans to differentiate genuine hunters from criminals, he was short of words.

Meanwhile, the Oyo State Police Commissioner, Shina Olukolu while addressing newsmen at the Eleyele Police Headquarters, Ibadan on Thursday, advised residents to be security conscious particularly as the festive season draws near.

He identified the arms dealers as Adekunle Abimbola, Abel Ojo , Mukaila Ariyo, and Ade Adebayo, noting that they were arrested on July 23, 2019, at Oke-bola area.

He said “the officers and men under my watch have continued to put up spirited efforts to ensure high level of professionalism and tolerance is demonstrated when carrying out their constitutional responsibility of the protection of life and property.

“Without mincing words, criminals in Oyo state have not been having a safe haven to carry out their dastardly acts of unleashing terror on innocent citizens due to constant raids and routine patrols of all nooks and crannies.

“However, the command is conscious of the possibility of increase of crime rate often associated with the festive season. Sequel to this, as part of our proactive measures to allay the fears of the people, we have Carrie out a review of our security architecture to guarantee security of lives and property of the citizens before, during and after the forth coming Eid-el-Kabir celebration”.