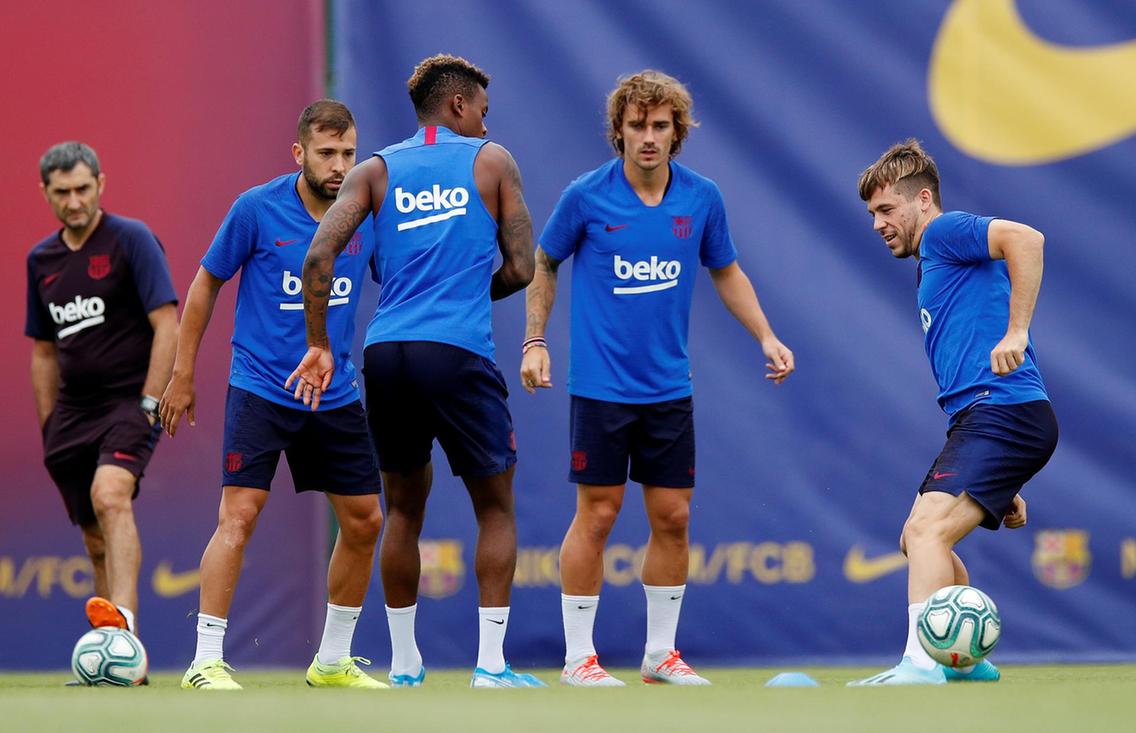 According to Cuatro, Barcelona superstar player, Luis Suarez, has been avoiding the club’s new signing Antoine Griezmann, upon his arrival at Camp Nou.

The Uruguayan returned to training on Wednesday, following an extended break after he played in the Copa America.

A video has emerged of the Barcelona striker and Griezmann staying away from each other during training in Camp Nou.

While Suarez trained with Gerard Pique, the former Atletico Madrid player was with Samuel Umtiti and Ousmane Dembele.

A further report revealed that Suarez was not happy about Griezmann’s comments, ahead of the France-Uruguay quarter-final clash in the 2018 FIFA World Cup last year.

The French international had said that he feels half Uruguayan, which did not go down well with Suarez.