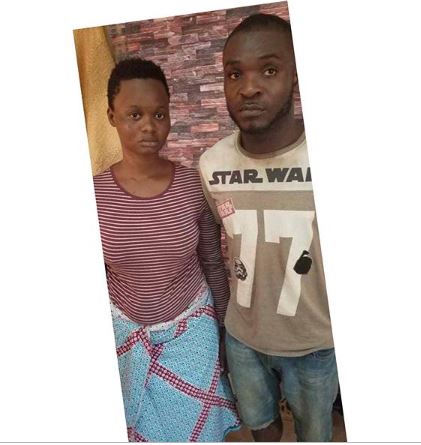 Operatives of the Ogun state Police command have apprehended a 23-year-old Eniola Shittu for allegedly conspiring with her boyfriend, David Peremobowe, aged 31, to rape her close friend.

According to the Police Public Relations Officer (PPRO), of the command, Abimbola Oyeyemi, the suspects were arrested following a report lodged by the victim at Obantoko Division.

While narrating the ordeal she went through in the hands of the ‘couple,’ the victim said she was at home on July 24, at about 1:45p.m. when she received a WhatsApp message from her friend Eniola, requesting her to help her buy some food and ‘skushis’ then bring them to the house of her boyfriend, Peremobowe in the Somorin area of Obantoko, Abeokuta, the Ogun state capital.

On getting to the house of Peremobowe, he offered her a bottle of beer which she took and suddenly became weak.

The Police Spokesman revealed that he later had canal knowledge of the victim while her friend, Eniola was shooting a video of them in the act.

Naija News understands that the phone and videos had since been retrieved from Eniola while investigation is currently ongoing for possible prosecution.