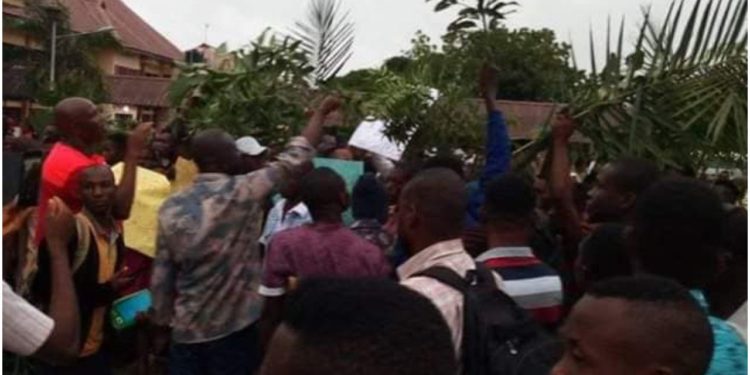 The Federal University in Wukari, Taraba state has been forced to shut down over the Jukun/Tiv ethnic crisis in the state.

Naija News understands that the school authority made this known on Wednesday, July 31 over the alleged abduction and killing of some students and staff in the ongoing crisis.

The Registrar of the university, Magaji Gangumi, made this known in a statement made available to newsmen in Wukari.

The registrar said a Committee of Deans and Directors of the university, on behalf of the Senate, approved the suspension of lectures and closure of the institution till further notice.

He said the move by the school authority became imperative following a protest by the students over the alleged incident.

The statement reads; “The Committee of Deans and Directors of Federal University, Wukari, on behalf of the Senate, has approved the suspension of lectures and closure of the institution till further notice.

“This follows the protest by students over the kidnapping of their mates along Wukari-Katsina-Ala highway on Tuesday.

“Students are directed to vacate the hostels and the university premises by or before 12 noon on Wednesday,” he stated.