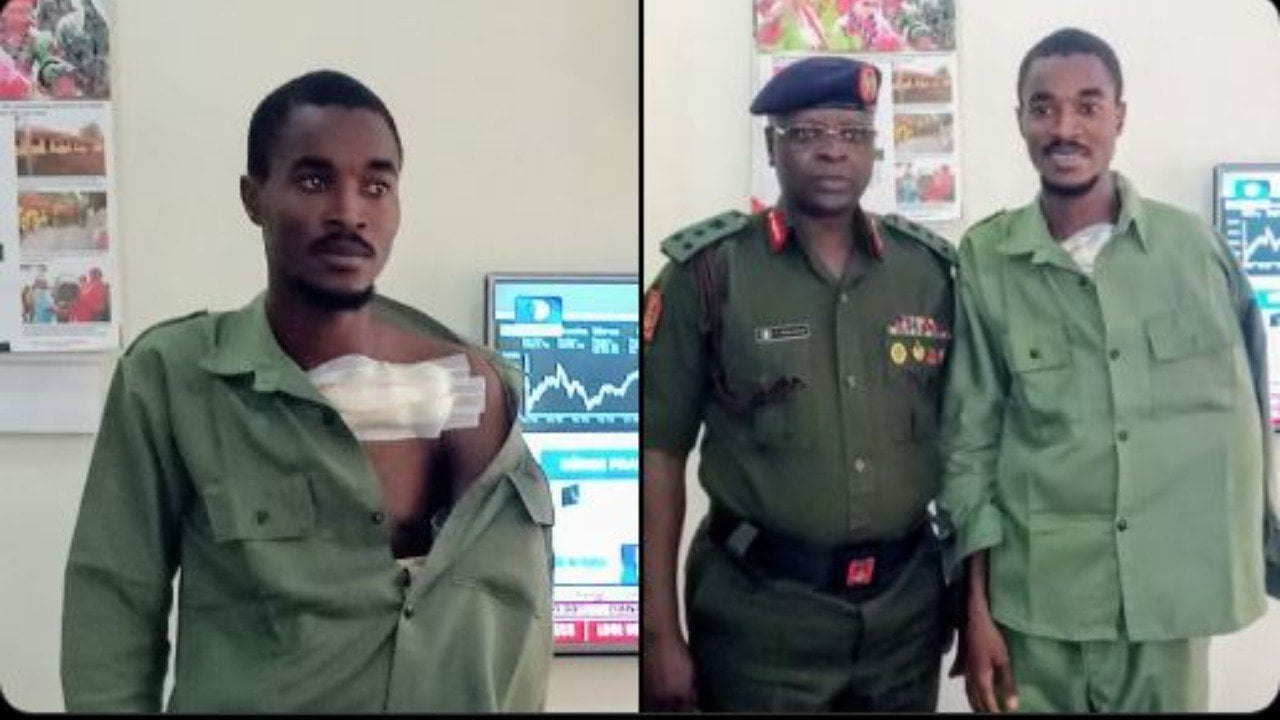 Few days after the violent protest by members of the Islamic Movement of Nigeria, a National Youth Service Corps member, Aliyu Suleiman, one of those attacked during the protest has been discharged from hospital.

NYSC revealed this in a statement on its official Facebook page, the Scheme added that it would take responsibility for his bills and medical treatment henceforth.

According to the report, Suleiman, who is attached to the Leadership newspapers in Abuja, was hit by a stray bullet on his way to work during the clash.

Suleiman upon his discharge narrated how he was shot during the clash which saw Channels TV reporter,
Precious Owolabi killed.

He said: ”We heard gunshots close to us, while our driver was about to turn, I couldn’t feel my arm, it was then I realised that I was hit by a bullet and I immediately notified my CDS Officer, Mrs Adama Anabel, who called the attention of the NYSC-FCT Management on the incident.”

”I thank God, NYSC, NYSC-FCT Governing Board and National Hospital Abuja for coming to my aid and for the free medical treatments received.”

They collectively appreciated God for saving the Corps Member’s life and wished him a quick recovery.

The Director-General, Brigadier General, Shuaibu Ibrahim, appreciated God for sparing the life of the corps member when he visited him in his office.

“NYSC Management will offset his medical bills and monitor his post-discharge health condition,” he said.

He, however, called on corps members to be vigilant at all times as they carry out their duties. He commended National Hospital Abuja management for its effective service delivery in saving the victim’s life while in distress.

Meanwhile, Suleiman has been redeployed to his home State for post-discharge medicare and proper monitoring.