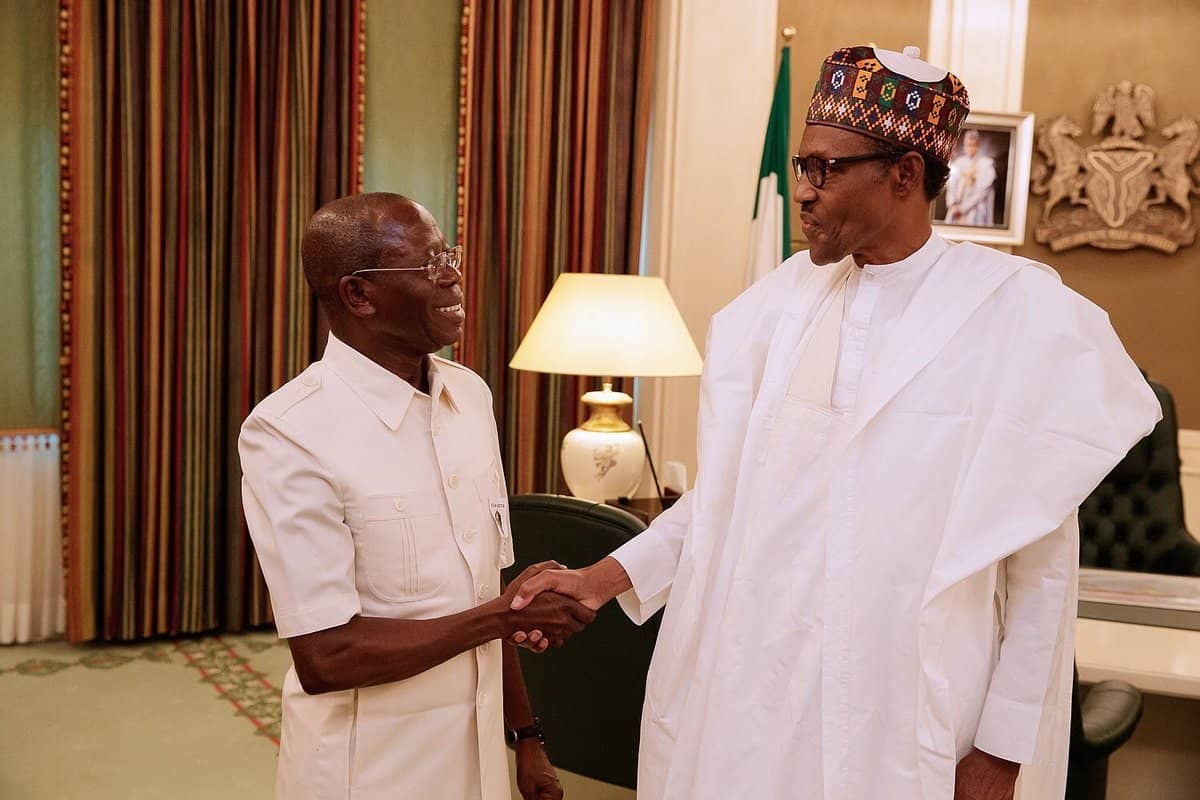 The National Chairman of the All Progressives Congress (APC), Comrade Adams Oshiomhole, has commended President Muhammadu Buhari for ministerial nominees sent to the Senate.

Speaking to State House correspondents after meeting with President Buhari at the Presidential Villa on Monday, the former Edo State governor noted that the list was meant to boost the formation of an all-inclusive government.

The National Chairman of the ruling party also hailed Buhari for nominating two ministers from a state that contributed less than 5% of the President’s votes in the 2019 election.

Oshiomhole said: “The point is that I don’t know if there is a Nigerian who knows every Nigerian. Even as I can say that I have worked for Nigerian people at all levels, as a worker in a factory, as President of the NLC, as governor of a state and now as a national chairman of a party, there are too many Nigerians I will never be able to know.

“The screening process is meant to enable those watching, it is not for nothing that it is televised, it is to enable Nigerians to see who these people are.

“But you will find that people started dismissing the list even before they saw it, just like some other things that Nigerians dismiss without knowing the meaning.

“So, what you and I should insist on is that in the President’s second term, in this next level, our party, our government at the centre, state and local government level must deliver. That is the entry point for every Nigerian.

“And when you talk of patronage, should we appoint…have you heard of Americans appointing Russians because they are experts to go and preside over their MDAs?

“Even in your newspapers do you invite me as APC chairman to come and write your editorial?

“Patronage can be positive or negative but if there is one man who has shown the capacity to patronize all including where he did not win an election, it is President Muhammadu Buhari.