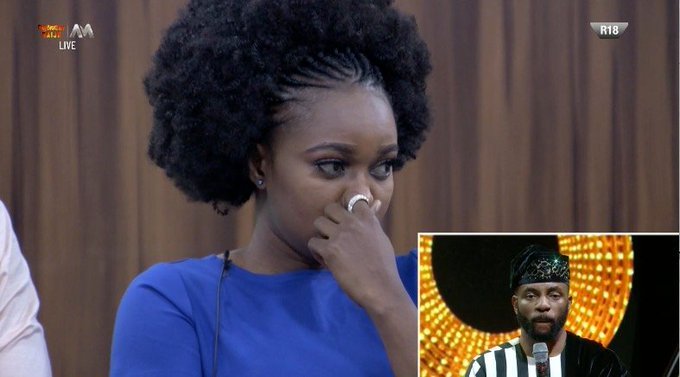 Naija News reports that Thelma was evicted from the “Pepper Dem” edition of the 2019 BNaija after getting the second-lowest number of votes.

Speaking after she was evicted, Thelma told the show host, Ebuka that she entertained the viewers and shouldn’t have been evicted.