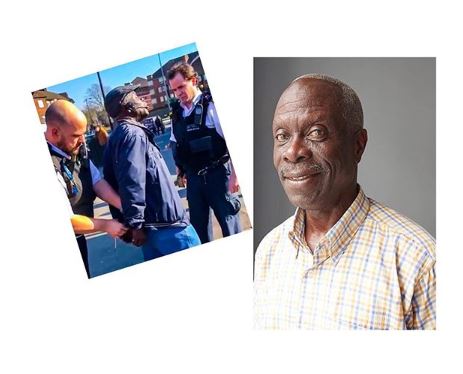 A Nigerian preacher, Oluwole Ilesanmi, 64 has been rewarded with £2,500 payout for wrongful arrest.

Naija News understands that Ilesanmi was rewarded after he was stopped from expressing his Christian views and arrested by the U.K police.

Ilesanmi, was wrongly accused of Islamophobia while he was preaching outside Southgate Tube station in London in February, 2019.

Recall that he was approached by two officers after a passer-by called the Police and accused him of hate speech.

Upon his arrest, Ilesanmi admits describing Islam as an ‘aberration’ but said he was expressing his point of view as a Christian rather than denigrating Muslims.

As a means of compensation for Ilesanmi, the Scotland Yard has agreed to pay Ilesanmi the sum of £2,500 for wrongful arrest and his humiliating and distressing treatment.

A Met spokesman said: “The Met respects and upholds the rights of all individuals to practise freedom of speech, and this includes street preachers of all religions and backgrounds.

However, if the language someone uses is perceived as being a potential hate crime, it is only right that we investigate. In this case, it was deemed appropriate to remove the man from the area.”