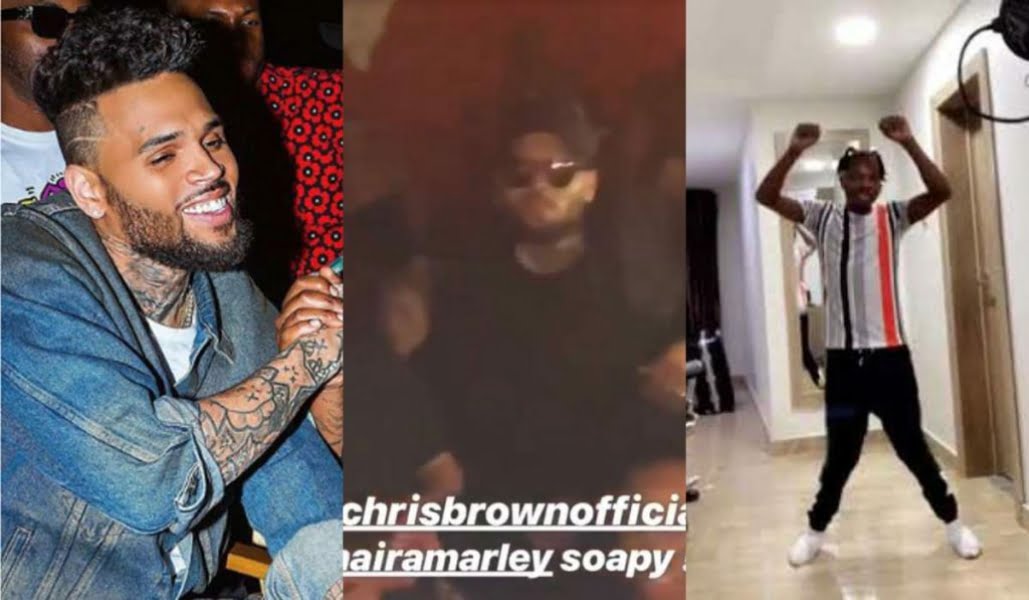 A video of Chris Brown, an American singer, and songwriter, dancing to Naira Marley‘s latest controversial song “Soapy” has surfaced on the internet.

Naija News reports that the American dancer, actor, and entrepreneur, was partying with Nigerian singer Davido and Nigerian-American, Wale when he danced to Naira Marley’s “Soapy”.

This online news platform Naira Marley, who was in the net of the Economic and Financial Crimes Commission (EFCC) recently, announced the release of “Soapy” with a controversial dance step to go along with the tune June 30, 2019.

Despite the controversy surrounding the song, Chris Brown was spotted dancing to the tune in a gathering on Friday, July 26.