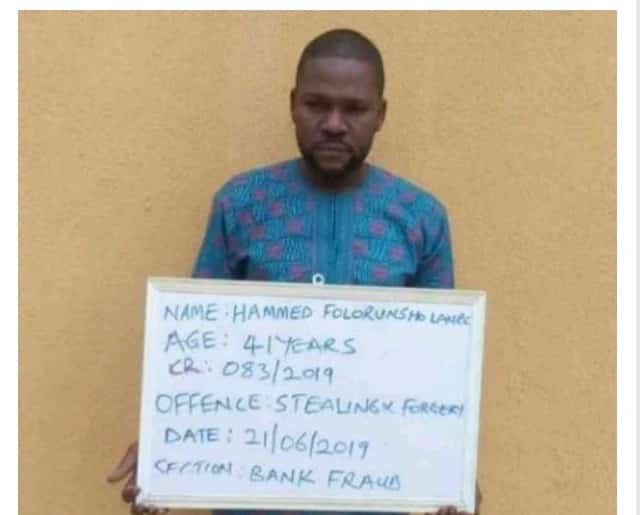 A Civil Engineer identified as Hammed Lanre has Been jailed for defrauding his friend to play Bet9ja.

Naija News understands that Lanre was sent to jail by Justice Mahmood Abdulgafar of a Kwara State High court.

Lanre was alleged to have illegally withdrawn the sum of N540,000 using the phone of his friend who had offered the phone to him to access Facebook.

Lanre had accessed his friend’s PIN without the knowledge of his friend and seized the opportunity to withdraw the money.

On getting a hint of his activities, the operatives of the Economic and Financial Crimes Commission (EFCC), thereafter, located and arrested him in Lagos.

Naija News understands that he was first arraigned on July 8, 2019 on a two-count charge to which Lanre had pleaded “not guilty”.

However, realizing the strength of the evidence gathered against him, Lanre summoned courage, approached the EFCC for a plea bargain; a decision that led to him being re-arraigned on an amended charge to which he pleaded “guilty.”