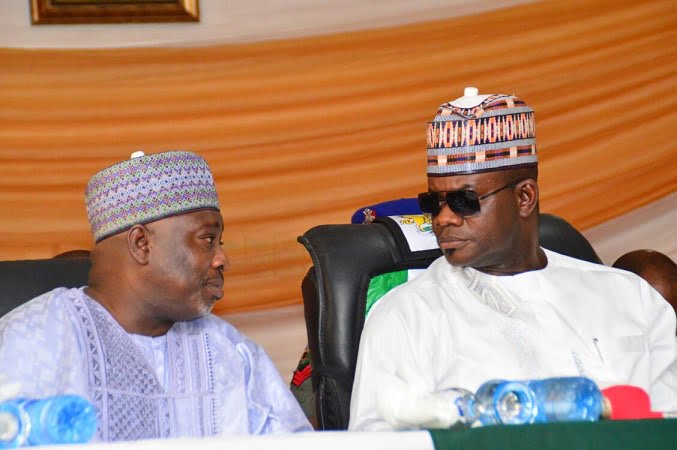 Deputy Governor of Kogi State, Simon Achuba, on Friday, honoured a summon by the Presidency over his ongoing rift with Governor Yahaya Bello.

Naija News had reported that Achuba gave Governor Bello a 7-day ultimatum to ensure that he pays up his outstanding allowances or risk legal suit, which includes; accumulated allowances and other entitlements since 2017, to the tune of N819,709,980.00.

A pre-action notice signed by Femi Falani (SAN) for Elder Achuba, requesting for the release of all statutory allocations due to the office of the deputy governor but withheld since 2017 was also filed against the governor.

In a bid to curtail the crisis, the Chief of Staff to President Muhammadu Buhari, Mallam Abba Kyari, met behind closed doors with Achuba on Friday.

Speaking to State House correspondents, Achuba accused Yahaya Bello of been responsible for withholding his allowances for the past two years.

He said: “Well, it is a private discussion in relation to my office. From my discussions with him, there is hope that all the issues will be resolved. With God, all things are possible.”

On how he has been ‘coping’ without allowances and imprest in the past two years, Achuba said: “Well, you know in life what sustains a man is God. So if your hope is in God, you will be very much alive.

“If you have money and don’t have God, you will be living like a dead person. But if you have God you can live, He is the one who provides to man.

“So, if one source closes, God opens another source for you to live. Supposing I was not a Deputy Governor, won’t I be alive?”

The Deputy Governor also dismissed plans of contesting against Governor Bello in the governorship elections scheduled for November.

Achuba, however, maintained that he has been treated unfairly by the Kogi Governor.