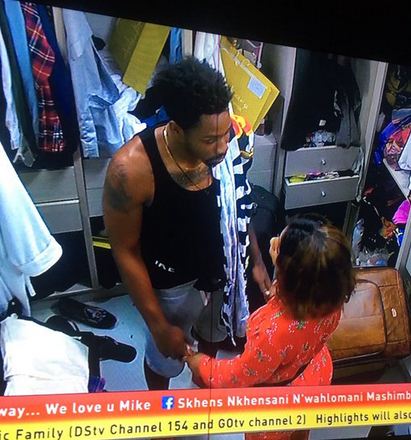 Ike, one of the housemates of the ongoing Big Brother Naija 2019 reality television show tagged “Pepper Dem” says he stole 380 Bet9ja coins belonging to his fellow housemate, Esther because of Mercy.

Naija News had reported earlier that Ike popularly referred to as “Igwe Tupac” by the viewers, stole the Bet9ja coins after the police inspired Bet9ja Arena Games which was won by Sir Dee.

Esther had claimed that she placed her coins in her purse which houses her micro-blogging, but was unable to recall where she dropped her purse.

When questioned by some of the housemates, Esther, who is a lawyer, said she might have forgotten the purse in the bathroom when she went to the restroom.

During the discussion, Mercy, who is Ike’s girlfriend in the house, told the “American gangster” as he is fondly called, to return the coins.

In response, Ike said: “I want to teach her a lesson but I will do whatever you want, I will put it on Nelson’s locker.”

Naija News understands that Nelson is Esther’s closest male friend in the house, no thanks to her “love feud” with Frodd, whom she rejected some days ago.

Unable to get Esther, Frodd had approached Ike on Thursday for help, which Ike promised to,

Less than 24 hours after their discussion, Ike stole Esther’s coins with ease on Friday night.

Giving a reason for his decision to steal the coins, Ike told Mercy that he had to do it in order not to jeopardize what they (Mercy and Ike have).

“I was not happy stealing Esther’s coins I only did it because I didn’t want to jeopardize what we have,” Ike told Mercy.

#BBNaija: Ike to Mercy: “I was not happy stealing Esther’s coins I only did it because I didn’t want to jeopardize what we had.”