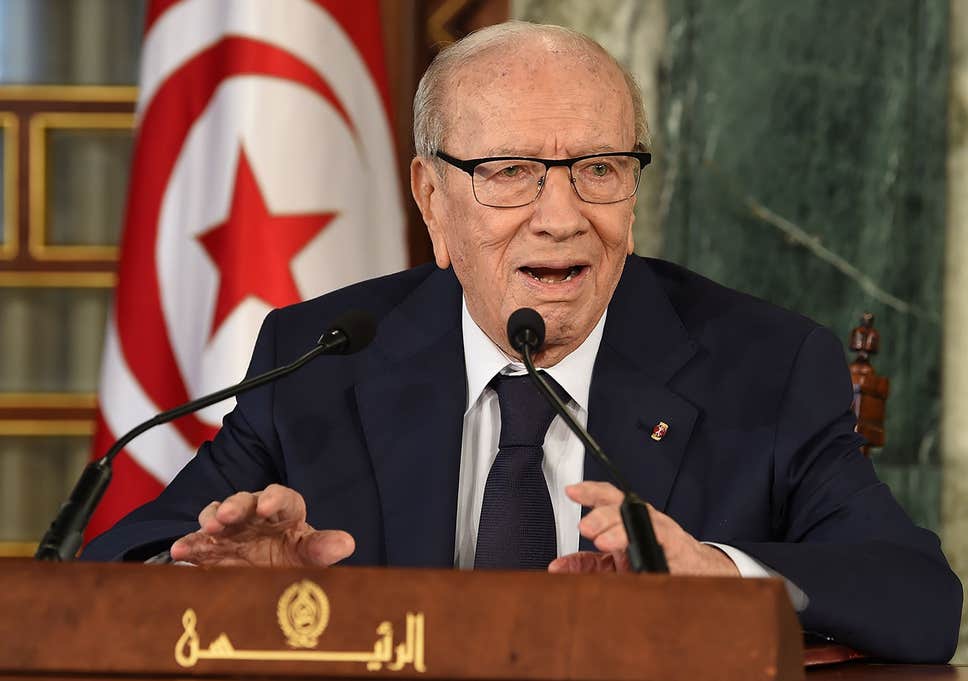 Naija News learnt that the office of the Tunisian president announced the death of the world’s oldest sitting president.

Essebsi was also admitted to hospital last month after suffering what officials said was a “severe health crisis”.

Meanwhile, several reactions have trailed the death of the world leader.

Here are the reactions as follows:

Tunisian president Beji Caid Essebsi dies 92!! I still remember how instrumental he was during and after the Arab spring of 2011, Tunisia has lost an Iconic figure.

#Tunisian President Beji Caid Essebsi is dead
President of Tunisia, Beji Caid Essebsi has passed away at the aged 92.
According to the country's presidency, Essebsi died at the Tunis military hospital on Thursday.… https://t.co/bcPXdRXhJJ

Life is moving as normal as always in Tunisia after the death of Beji Caid Essebsi. I just took this photo right now in Kasba, Tunis, near the First Ministry, and nothing unusual?
Flags are still raised as no official mourning has been announced. pic.twitter.com/V8KsS4kbWT

#Tunisia's President Beji Caid Essebsi has passed away at the age of 92. As parliament again failed to elect a constitutional court, the transition faces uncertainties.
Still, recent years have seen various constitutional crises, but also resilience, creativity and compromise.