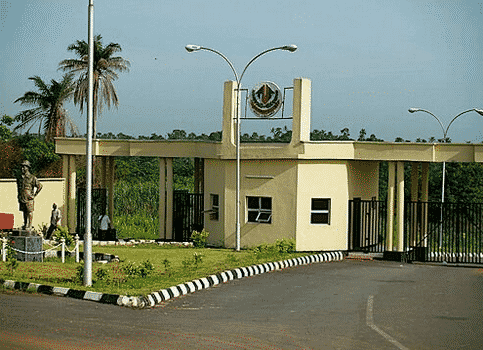 Students of Tai Solarin University of Education (TASUED) in Ogun state have melted their anger on some operatives of the Special Anti-Robbery Squad (SARS).

Naija News understands that the students who are displeased with the activities of the SARS operatives around their school, attacked the officers and went ahead to destroy a vehicle belonging to them.

A video that was obtained by Naija News reveals that the student in their scores attacked the SARS operatives when they apprehended a student earlier in the week.

The SARS operatives were reportedly forced to flee as the students destroyed their vehicle.

The viral video shows the students hitting at the overturned vehicle with some standing on it.

The current situation of things at the campus is unknown.