Home » Gist » My Experience In Coza As A First-Timer 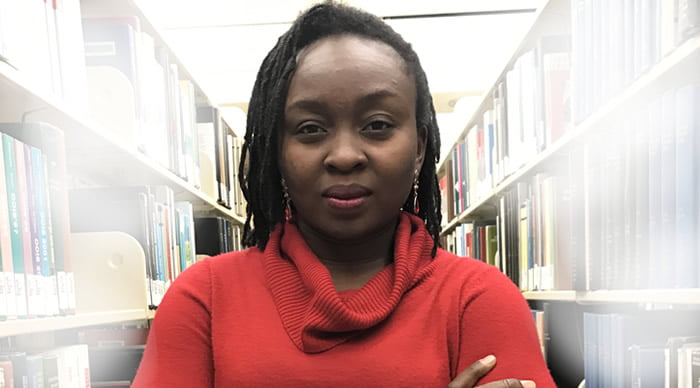 Abimbola Adelakun, a Columnist working with Punch visited COZA earlier during the week, she, however, described her experience as an unpleasant one.

According to the report, she was treated with no regard whatsoever “On Sunday in Abuja, I attended the Commonwealth of Zion Assembly church and ended up with some sensation. My quest was a purely academic one. I study Pentecostalism and Pentecostal culture, and I traverse different churches everywhere to see if the observations that I make about trends and practices are generalisable across the spectrum.

“So, at COZA, I sat in the church and soon after brought out my field notebook where I document my impressions for later reflections. As the service was rounding off, a man approached me and asked if it was my first time in the church. I answered in the affirmative. He asked me to follow him outside the church to meet those who talked to first-timers. But he took me to a tent outside the gate where some others were sitting and asked me to wait. There was no explanation than an unsatisfactory command to “wait.” After waiting for a prolonged while, I asked to leave. That was when another man standing nearby told me I could not,” she said

Abimbola stated: “He gave no further explanation, just a curious command to wait that would eventually run into hours. The wait was exhausting and psychologically enervating. I worried that no one knew what was going on with me. I called a close friend who sometimes worked with me during my fieldwork and told him I was being detained at the church. He asked if I had a name or anything. I did not. With my phone, I took a picture of the man who would not let me leave. I sent it to my friend and told him to keep it with him as an electronic trail of my whereabouts. I could have reached my sister, but I did not want to alarm my family. When I tried to leave again, the man told two women wearing peace corps uniform to bar me. They did, took my phone, and even sprained my left thumb in the process,” she concluded.

Naija News recalls that pastor Biodun Fatoyinbo, the senior pastor of the Commonwealth of Zion Assembly is presently going through a tough time due to an allegation made against him that he raped Busola Dakolo, the wife of the popular singer when she was a teenager which is still under investigation under the supervision of the Nigerian Police Force.

The officials eventually told her that they knew who she works for as well as her purpose of coming to the church that very day meanwhile she objected their view stating that she did not come for an official assignment.

“Later they told me they knew I worked with PUNCH and I had come to spy on them to report as news. That allegation was entirely untrue. One, I am not a reporter in that sense. All the information I used in writing my recent article for this column, “What does Mrs. Fatoyinbo know?” was already in the public domain. I did not need any furtive digging. Two, what I study is the Pentecostal movement itself and not any specific church. I pencil down churches for visits for reasons ranging from demographics to their innovations. I had done some prior study on COZA through their social media pages, and since I happened to be in Abuja that day, I thought I should compare my impressions with some live experience. There is nothing that I wanted that required spying on them; there is more than enough information already archived with the public. Besides, I was not writing on their church specifically. If I were, I would have gone through the necessary process of compliance with the rules and ethics of studying people. It would not have been a one-off visit done while passing through the town. Also, if I knew that they screened the church auditorium for faces, I would have moved to another church on my list. I have no use for controversies.

Abimbola’s friend which she earlier contacted had been trying to reach her but to no avail and this made him take a decision of going to social media platform to inform the public about Abimbola’s whereabout.

“It turned out that when my friend could no longer reach me, he reached out to other friends. For hours, they tried to contact me. When they failed, they got worried that I had been harmed. Then they decided to tweet out my ordeal. All that time, I still did not have my phone on me and therefore had no idea what had been triggered on social media. I was informed by the church officials when they came to where I was seated and said they wanted to take the case to the Police. They produced a vehicle, and we headed for the police station.

As they were about to take off, Abimbola’s sister, a lawyer who had been expecting her at home came right in time to look for her and she was informed of what has been ongoing

“Fortunately, when my sister – herself a lawyer – saw that I did not show at her place as scheduled, she came to the church to look for me. She arrived just on time to follow us to the station.At the station, we were asked to state our sides of the case. On their part, the COZA people said that since the allegations against their pastor broke, they have dealt with a “mixed multitude” who come to their church to get news. Now, they said, they would like to make a scapegoat of someone by taking the case to court. My sister asked the policeman on duty what charges were possible in the circumstances, and he told me “criminal trespass.” My sister reminded the policeman that there was no trespass in going to church, and he responded that going for other purposes than worship could qualify. She told him the charges would not stick. By then, the COZA team had stepped out to confer amongst themselves. They returned and said if I clarified for the public that they did not arrest me, then the issue could be considered resolved.

Abimbola refused to compromise her stand for them as she further explained: “But I insisted that I was detained at the church. Or how else does one characterise my experience? The police argued that point with me. To them, to be “detained” was equivalent to being locked up with a key. My experience did not qualify for that terminology, and by implication I had given out false information to my friends who tweeted about my situation. I would have argued more but my sister pulled me back. She said it was pointless further contesting the meaning of detention with them since the word registers differently to either party. That was the point when the police officer who had previously tagged my phone as “exhibit” returned it. I glanced through it quickly and saw lots of social media updates about me. The story had blown up, and worse, there was also some misinformation circulating too. Some online bloggers claimed I had spoken to them and said so and so. I also saw some update about me working with an organisation with an anti-Christian agenda. None of those stories was true. They are creations of pure mischief by those who want to muddle things. I had no covert agenda, and that was why I had to clarify that on Twitter quickly before mischief-makers could further hijack the narrative.

Abimbola added that the officials pleaded with her for rough handling her: “Afterward, the COZA officials apologised for the rough handling I suffered in the hands of the peace corps women. They had become somewhat conciliatory at this point, and they even suggested the possibility of an “exclusive” interview with their pastor to hear his side of the story. While interviewing a senior pastor would have been a boon for my work, I thought that it was improper to take up such an offer under the circumstances. Already, the perspective I had gained firsthand about power mechanisms in Nigerian judicial systems was enough for me to ruminate upon for a while. I also consider my knowledge of the world enriched by the experience.

“By then, it was already late in the evening. We were asked to return to the police station on Monday. I returned with my sister and colleague. The police told us we could go because there was no case to be made against me.

“All of this densely condenses what turned out to be an intense two-day affair.

“In closing, and here is the bigger motive of this article: I want to say “thank you” to every single person who stood up for me on Sunday. It was a proud moment for me that people rallied on my behalf to protect me from intimidation and harassment. Please know that words are not enough to describe how much I appreciate everything. I am grateful to everyone who stood by me through that adventure,” She concluded