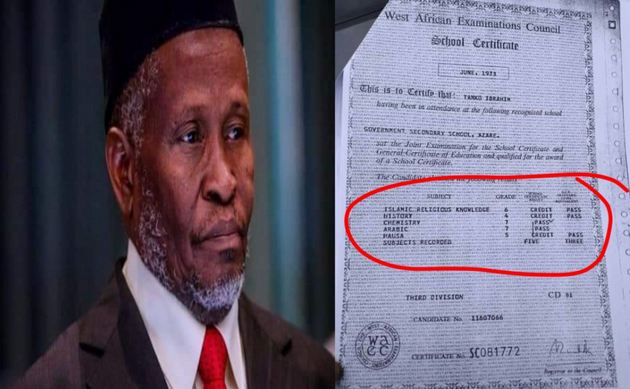 Naija News recalls that Justice Muhammad was on Thursday, July 17 confirmed by the Nigerian Senate after his name was forwarded by President Muhammadu Buhari following his confirmation by the National Judicial Council (NJC).

The NJC, chaired by former President of the Court of Appeal, Justice Umar Abdullahi, had on July 11 recommended Justice Muhammad to President Buhari for confirmation as substantive CJN.

This online news platform understands that the new CJN took his oath office at a brief ceremony inside the presidential conference room in Abuja Nigeria’s capital.

During his screening, CJN Muhammad submitted his certificates to the Nigerian Senate led by Ahmad Lawan but failed to submit his primary school certificate.

The CJN told the Senate that vicious termites invaded his home in Bauchi State, northern Nigeria in 1998 and devoured all documents inside, beyond recovery.

“No portion of the certificate was salvaged,” Mr. Muhammad, who replaced Justice Walter Onnoghen as Nigeria’s CJN, said.

Days after the screening and his swearing-in, his WAEC certificate which he presented before the Senate has emerged.

A statement of the result of Justice Muhammad shows that the CJN three credits and two Passes.

The WAEC result of the CJN shows that Justice Muhammad, who sat for WAEC in June 1973, had C6 in Islamic Religious Knowledge (IRK), C4 in History and C5 in the Hausa Language.

Justice Muhammad also had Pass in Arabic and Pass in Chemistry. Mathematics and English language were, however, missing from the result presented by the CJN.

Below is the WAEC result of the CJN 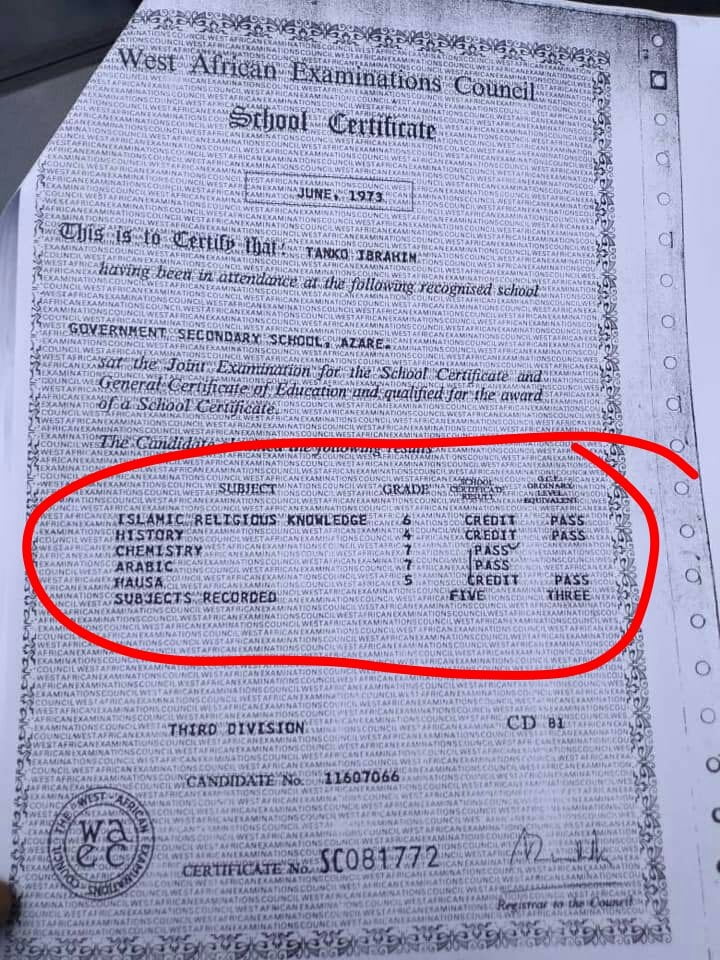 The WAEC result of the CJN shows that he attended Government Secondary School, Azare where he obtained the West Africa School Certificate in 1973 before he later proceeded to Ahmadu Bello University where he received a bachelor’s degree in Law in 1980.