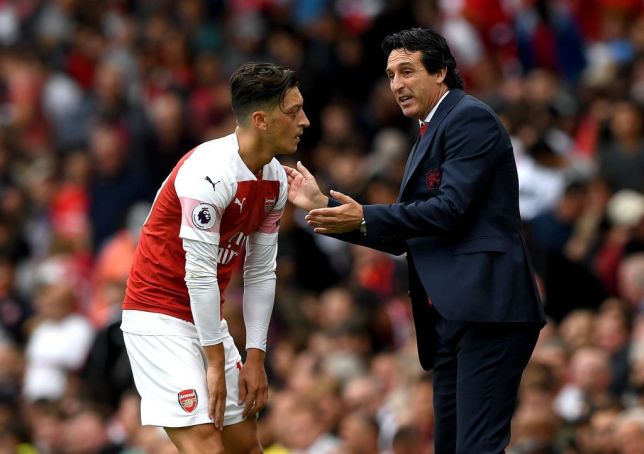 Arsenal top midfielder Mesut Ozil has disclosed that he had a frank talk with manager Unai Emery over the upcoming 2019/2020 football season.

The former German international was in and out of the team in Unai Emery‘s first season in charge of the Gunners.

With strong links away from the club during this transfer window, Ozil seems set to remain at Arsenal for one more season at least.

“What we spoke about between me and the coach I can’t say, I can’t tell you because if I say something now to you, in the future he doesn’t want to speak to me again, so I have to take care of that,” Ozil said according to the UK Metro.

“I’ve had a lot of coaches in my career so of course every coach is different and wants something different from you as a player.

“I had a few injuries before last season started so of course I had a tough time but especially the end of the season I played a lot of games.

“I have a really good relationship with the coach. We are speaking a lot and he wants to help me – I know that because he has a lot of experience – and I want to help the team.”