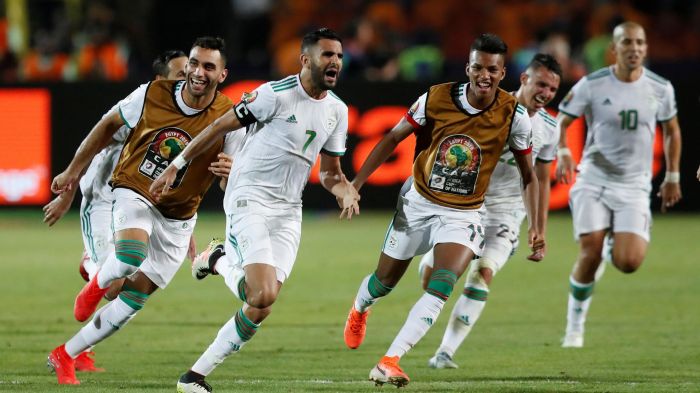 The Desert Foxes of Algeria have been crowned champions of the 2019 Africa Cup of Nations (AFCON) after defeating Senegal 1-0.

Naija News reports that a lone goal from Baghdad Bounedjah in the 2nd minute was enough for the North African country.

The Teranga Lions of Senegal had a penalty overruled by VAR which only added to the tense atmosphere at the Cairo’s International Stadium.

But a solid defensive display from Algeria allowed them to hold on to their lead and clinch a first AFCON title for 29 years.

Senegal’s long wait for a first continental crown goes on as coach Aliou Cisse, the captain of the 2002 runners-up, again fell short in the final.

It was the first title-decider to feature two African coaches since 1998, with Algeria boss Djamel Belmadi completing a whirlwind 12 months at the helm after inheriting a side that failed to make it out of the group stage two years ago.