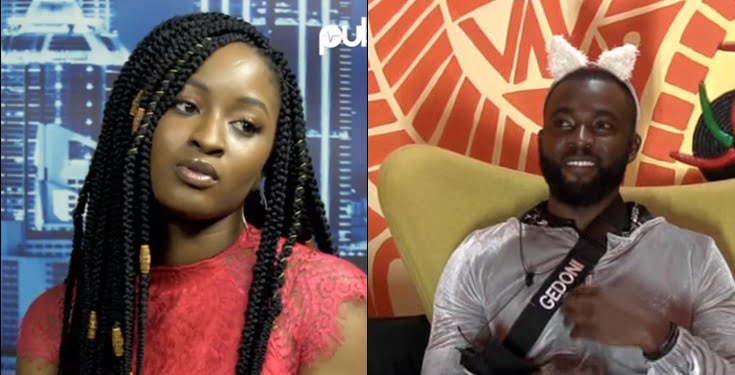 Former Housemate of the Big Brother Naija (BBNaija), Pepper Dem edition, KimOprah has said she once dated Gideoni, a Housemate in the BBNaija House.

Naija News understands that KimOprah made this known during a video interview shortly after she left the BBNaija House.

KimOprah said she once dated Gidoni for a period of 7-months while she was in the University of PortHarcourt (UNIPORT).

KimOprah in her latest interview revealed that they both had to end their relationship of seven months as things were not working out between the both of them.

She said they dated while in school and were under thesame modelling agency.

In her words captured by Naija News, KimOprah said; "I dated Gedoni at some point in my year two that was in the University of Portharcourt, we were in the same modeling agency in Portharcourt city, you know. We dated for like seven months and we decided to just stay friends because it wasn't just working out in the relationship and whatnot. And then all of a sudden I see him in the Big Brother house," she said.