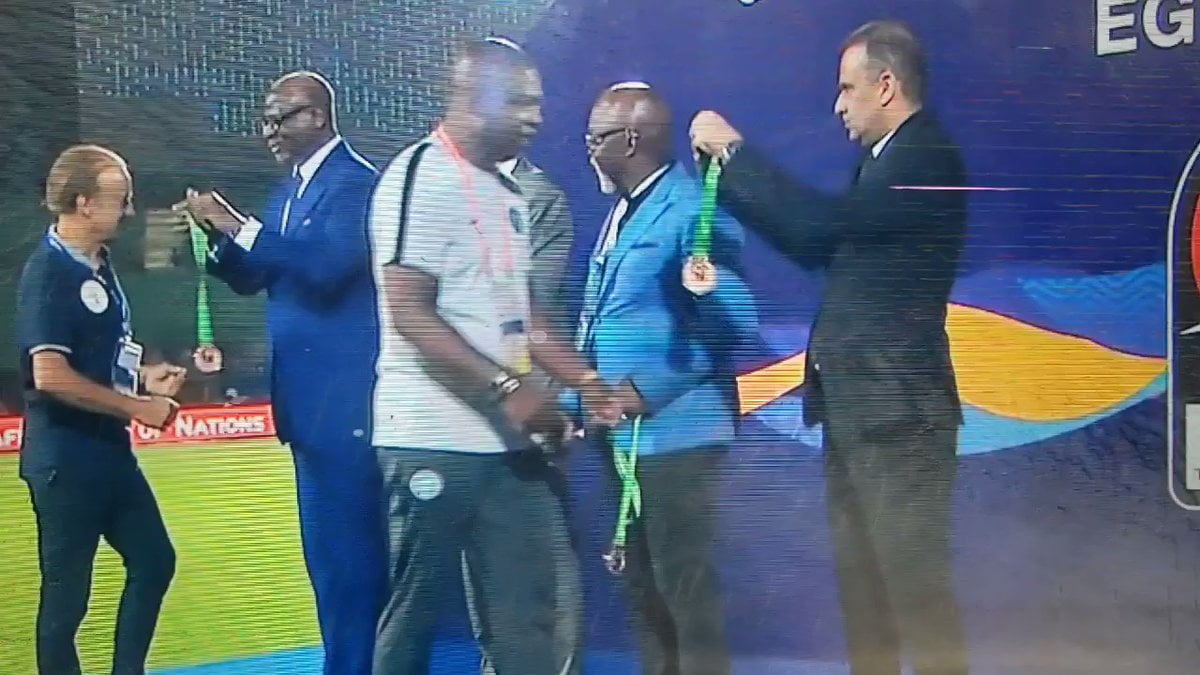 Nigerians have continued to express their reactions over a now-viral video showing the President of the Nigerian Football Federation (NFF), Amaju Pinnick snub the coach of the Super Eagle, Gernot Rohr, during the presentation of bronze medals.

Naija News reports that the video went viral on Wednesday night after Nigeria’s Super Eagles clinched the third place at the 2019 Africa Cup of Nations (AFCON); after successfully defeating Tunisia in a 1-0 win match.

Naija News understands that Odion Ighalo, who now has five goals at the tournament, netted the only goal in the third minute that ushered in Nigeria’s victory in the match.

However, during the medal presentation after the match, Pinnick seemed to snub Rohr in the viral video.

The video showed that as the German walked towards the podium, the NFF chief did not shake hands with the coach like the other dignitaries and worked away.

Meanwhile, Rohr’s is expected to stay on, with one year left on his current deal.

The now-viral video of Pinnick snubbing Rohr comes amidst reports suggesting that the NFF was making plans to sack the Super Eagle’s coach; the reports that the football body has denied on several occasions.

However, Naija News captured some of the reactions to the viral videos below;

Why did Pinnick have to do Rohr like this on live TV?
Just look at that childish snub . Mtcheeew.
I used to like this man ????

When victor Moses snub Pinnick I criticized him for being childish and Unprofessional!!

Now Pinnick (46) snubbing the coach he hired days after saying he won’t be sacked at the biggest stage of Africa football is far more than a Disgrace!!

Check Rohr and Pinnick behind hugging each other bro…. pic.twitter.com/2EJbJEWPk1

Apparently, Gernot Rohr was not the only one snubbed by Amaju Pinnick; baba also snubbed the goalkeeper, Daniel Akpeyi.#Nigeria pic.twitter.com/vJnlyAV3vC

This is not the true reflection of things sir, watch the full clip, they still hugged each other, pinnick needed to return the remaining medal, he came back and hugged rohr.@thenff come and see o https://t.co/O7NhWJUYrk