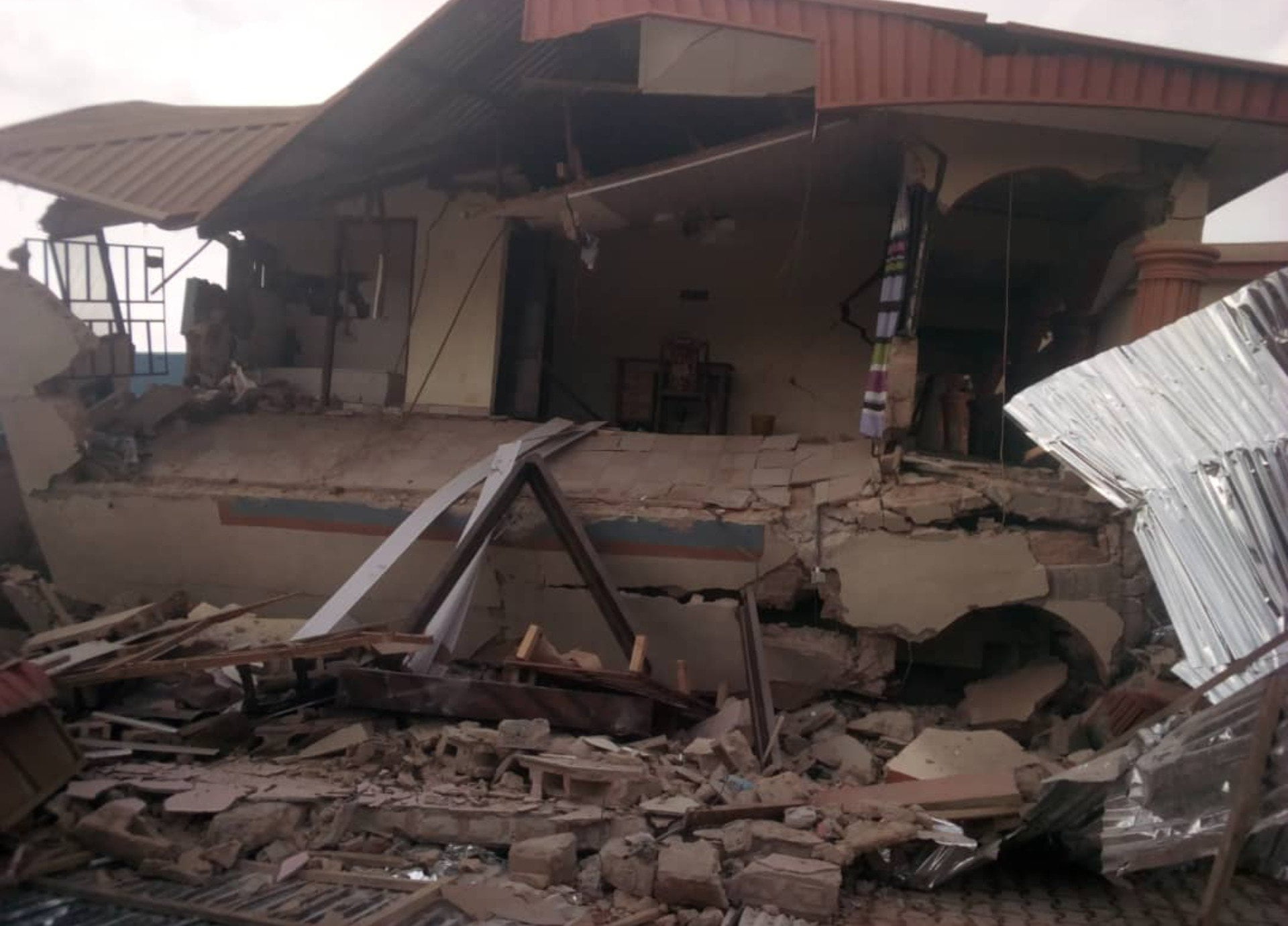 Not less than 60 people have escaped death after a hotel, Metro View Hotel, in Abakaliki, the Ebonyi State capital collapsed on Thursday.

The hotel is located close to Presco Campus of Ebonyi State University, Abakaliki in the heart of the city.

Chief Austine Orji, a member of the hotel management who spoke with newsmen stated that they had noticed a crack on some of the pillars holding the building and which saw them cordoned off the side of the building and started renovations, he added that it was in the process of renovation that the building collapsed.

Orji, noted that those who lodged in the hotel were outside the building for a seminar when the building collapsed, he revealed that no life was lost.

The Ebonyi State Governor, David Umahi, in a statement through his Special Assistant on Capital Territory, has ordered for the immediate closure of the affected hotel.

Okoro added that the hotel would remain sealed pending the outcome of an investigation by the government.