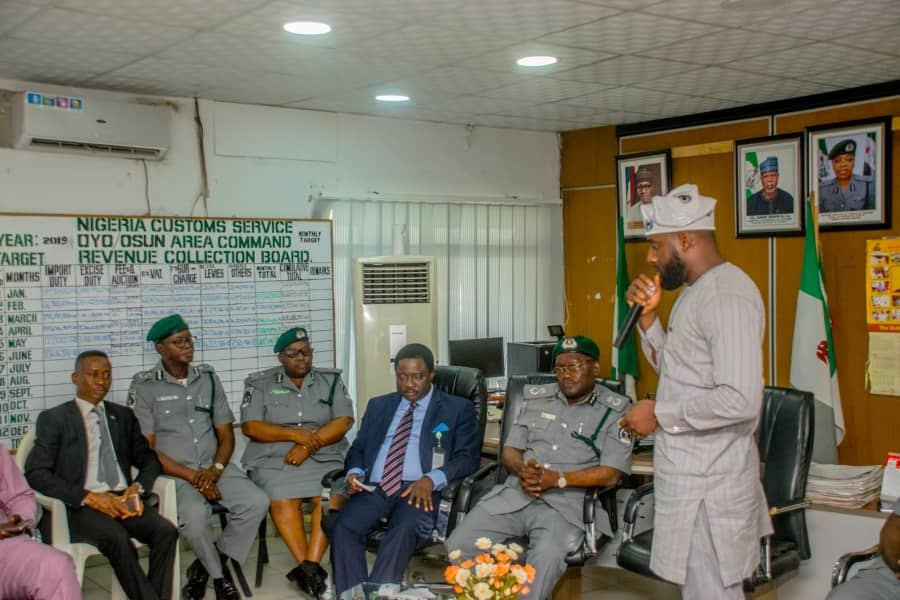 The Oyo State House of Assembly on Tuesday, paid a courtesy visit to the Nigerian Customs Service headquarters in the southwest state.

During the visit, the Oyo Assembly sought supports towards tackling insecurity and further create a benefiting relationship.

The Speaker of the Assembly, Rt. Hon. Adebo Ogundoyin, who spoke on Tuesday in Ibadan Oyo/Osun Customs areas command headquarter, stressed that the visit was to create synergy with Nigerian customs to achieve governmental goals in the area of security and border protection.

Naija News understands that the Oyo speaker said there are 32 lawmakers from local government and constituencies across the Oyo state willing to work with Nigerian customs and other securities agencies to ensure residents are protected and their properties are safe.

His words: “the main thing we are here to do is to familiarize ourselves with the Nigerian customs, towards forming an inclusive government as promised by our administration during electioneering.

“We are aware that as law enforcement agency, in the process of carrying out your duties, you make lot of enemies. But still, the role of the customs and other agencies can not be overemphasis.

“We are the closest people to the grassroots and our role is to uphold the rule of law. We know our people and we can talk to the stakeholders towards achieving a peaceful and prosperous Oyo State.”

In his response, the customs area Comptroller, Oyo/Osun Area Command, Comptroller Zilkifilu Abdullahi, who welcomed the lawmakers, noted that aside generating revenue for the federal government, it is the duty of the agency to minimizing inflow of smuggling, prevent smugglers activities and illegal importation of arms into the country.

Abdullahi appealed to the lawmakers to support the agency by enlightening the residents on the danger involved in illegal importations.

His words: “We know we can only try our best because there are places we cannot cover that is while we are pleading with the lawmakers to enlighten their people more.

“People importing arms illegally and you pretend not to see it, what if the arms are eventually used to murder your relative or someone close.

“People import expired rice, vegetable oil, and other food items; they import used pants and bras, which can cause health disaster.

“Sometimes communities are hostile to us and we have to avoid some operations where we believe it may cause casualties. We believe with the State support our operations will be more efficient,” he added. 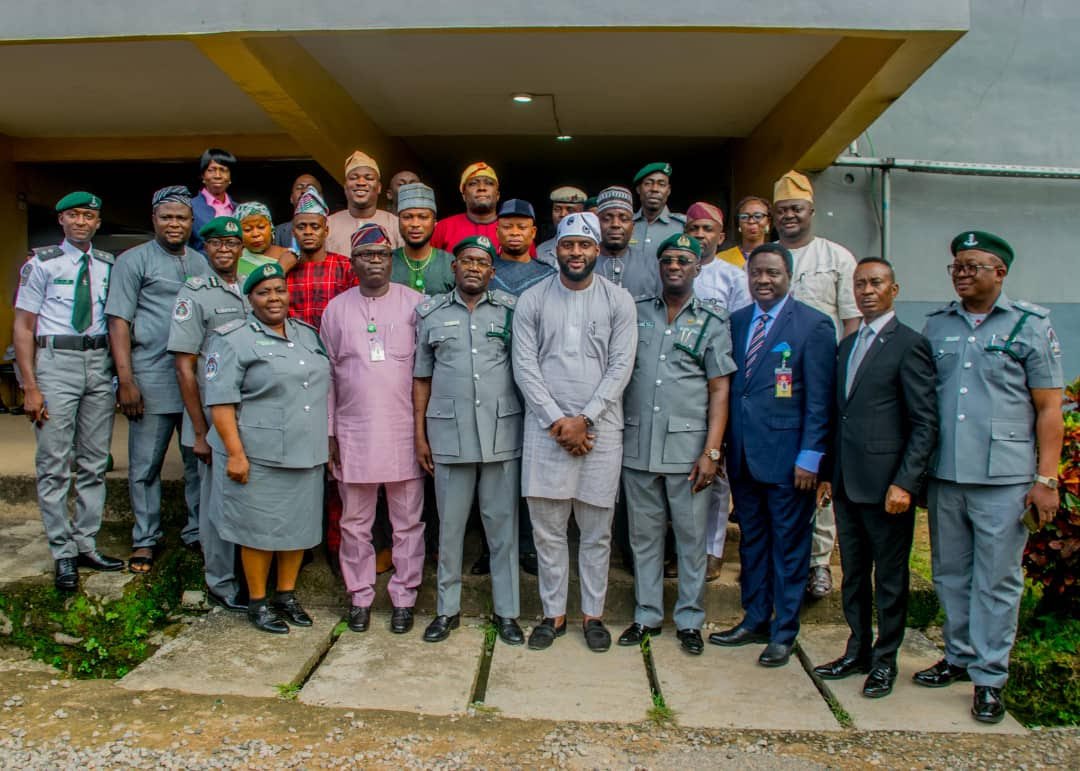 Speaking on neglected border communities, the customs area Comptroller noted a lot of communities in the state lack good roads and it needs government attention.

His words: “This is not limited to Oyo State, because the case of neglecting rural communities especially border towns is across the country.

“They lack most basic amenities including good road, pipe water, and the government needs to do something about it.

“Our own challenge as Nigerian customs is mobility in Oyo state, we always assist other sister agencies in security operations but our patrol vehicles are aging.”

Abdullahi, however, warned against fraudsters who are using Nigerian customs identity to extort money from Nigerian in the name of custom auction.

“For now, items like rice and vegetable oil are not on auction, instead we are usually directed to donate them to Internal Displaced People’s, IDPs camp.

“Vehicles are only auctioned on the customs website and it has guidelines, so I appeal to Nigerian not to entertain fraudsters running auction programmes on behalf Nigerian customs,” he added.